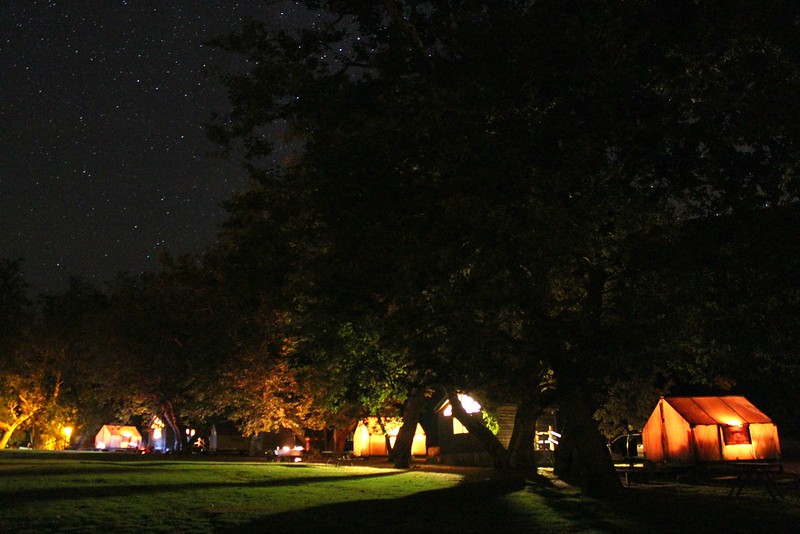 Has Glamping as a Word Become Meaningless? What Happens Next? Author: Greg Watt

The original concept of glamping has suffered from appropriation. The word itself has become so corrupted that it has become meaningless.

All the major dictionaries are in close agreement in defining it through its foundational attributes of camping in luxury. Most authoritative definitions assert that stays are of short duration, located in the open air, lasting a couple of nights or so, and done for recreational purposes. The association with tents is particular and extremely strong.

However, glamping is now depicted in so many eclectic and varied ways that virtually anything can be claimed. Advocates of different and unrelated hospitality offerings contend that their form of place and space are valid and appropriate glamping manifestations. They argue that such marketing representations are acceptable business practices.

This process of substitution within glamping has accelerated in recent years. Here substitution is presented as glamping, but manifests as something completely different, feeding the development of Pseudo-Glamping. Guests are not provided with any actual glamping experiences, but instead, various degrees of simulation are engendered, whereby they believe they have. A process of commodification is occurring in which the brand related to glamping has become disconnected from its conceptual underpinnings.

The incursion of substantial permanent structures such as tiny homes, boats, houseboats, castles, and villas illustrate the level of infiltration. The latter is noteworthy and is perhaps the most deceitful attack on the notion of glamping where urban spaces are stamped over rural environments. It appears that Pseudo-Glamping has become so prevalent that if glamping is to survive, it must rebrand, recast and reassert. 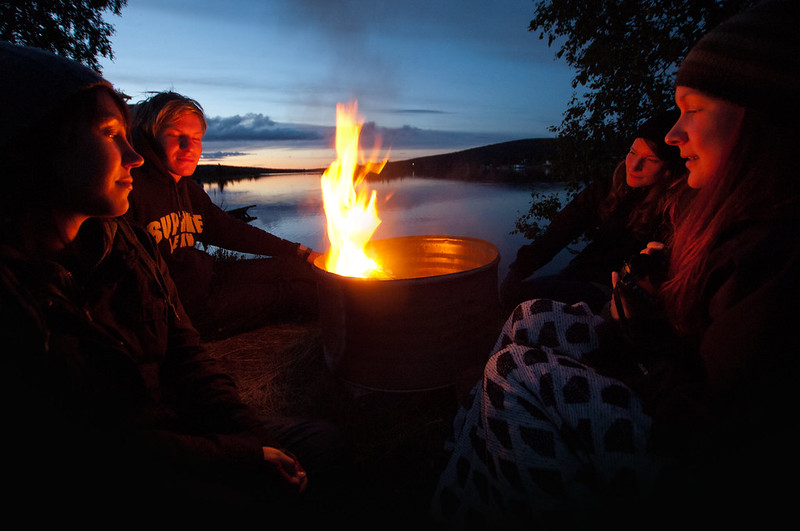 While glamping has established itself within recognised lexicons, the usage of glamper is less acknowledged. Much of this has to do with exclusivity. People that go glamping don’t always go glamping. It’s not an all or nothing designation. Further, is it the pull of glamping that attracts people, or is it the push of some inner need or desire within people that makes glamping something they choose to do? Regardless of the theories that attempt to pigeonhole motivations, reasons are eclectic and confused. For some, it is an earnest search of authenticity and reconnection with rurality; for others, it is as superficial as it is fanciful, to get great instagrammable photographs.

It is clear that as time passes, millennials will have a more significant influence in the direction of tourism and that, as a consequence, more individual and authentic stays will be sought after. What about the future? Is identifying as a glamper just a fad? Or is it something more serious? The Global Financial Crisis (GFC) affected society in ways that couldn’t be predicted. COVID has impacted tourism to a far greater scale, and yet the concept of Staycations and being a Glamper has never been brighter. So, what is the future of being a glamper? The representations, the instagrammable images, are they just a passing phase, promoted by stay-at-home constraints, or are they fuelled by the notion of more sustainable and authentic holidays? 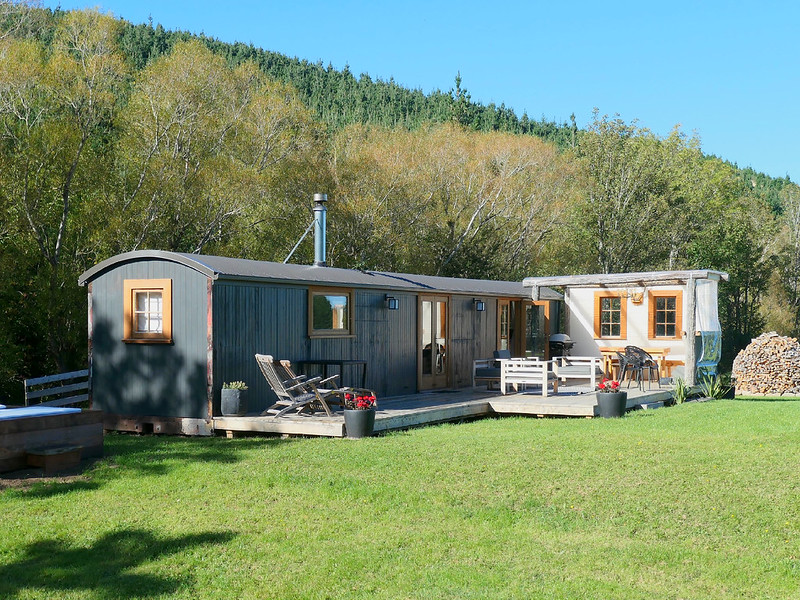 This Glamping study is being carried out through the Auckland University of Technology (AUT) which is accredited by the United Nations World Tourism Organisation (UNWTO) for its higher tourism education, training and research programmes. Research at AUT is carried out within a comprehensive array of academic guidelines. Social research depends on the contributions of those participating and obtaining their consent to participate forms an important stage. Consent ensures that participants are fully informed and have been able to ask questions about the research. Such consent to participate is important when research concerns subjective views, opinions and understandings. 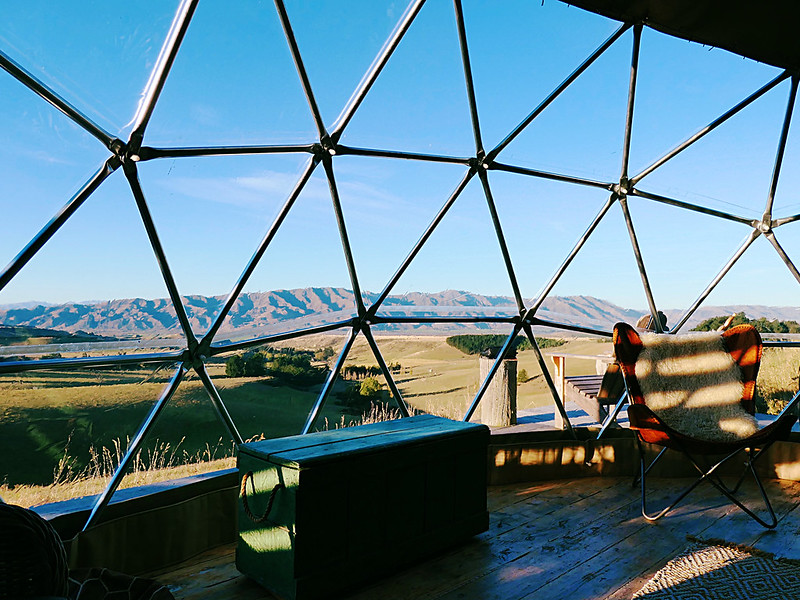 My name is Greg Watt, a PhD candidate at Auckland University of Technology (AUT), and I am currently carrying out a study of people’s opinions and views concerning glamping experiences. In particular, I am interested in the viewpoints and beliefs of glamping-entrepreneurs (producers) and glampers (consumers). Glamping is a dynamic form of tourism, which is increasing in popularity and has the potential to contribute significantly to experiential tourism. I believe that your participation will provide valuable insights into the study.

This article presents the argument that the concept of glamping originates out of society’s desire to engage with nature for leisure and recreation. It is contended that while early participation in outdoor activities occurred through camping, it was also manifested through recreational huts and cabins located in an “untamed bush”. It is asserted that early or archaic second homes (ASH) developed into today’s holiday homes and subsequently into the various eclectic permanent structures forming an increasing portion of glamping space. This historical connection of huts and cabins with the wilderness provides their tenuous insertion into glamping, providing a greater familiarity of accommodation than that of exotic nomadic shelter abodes. 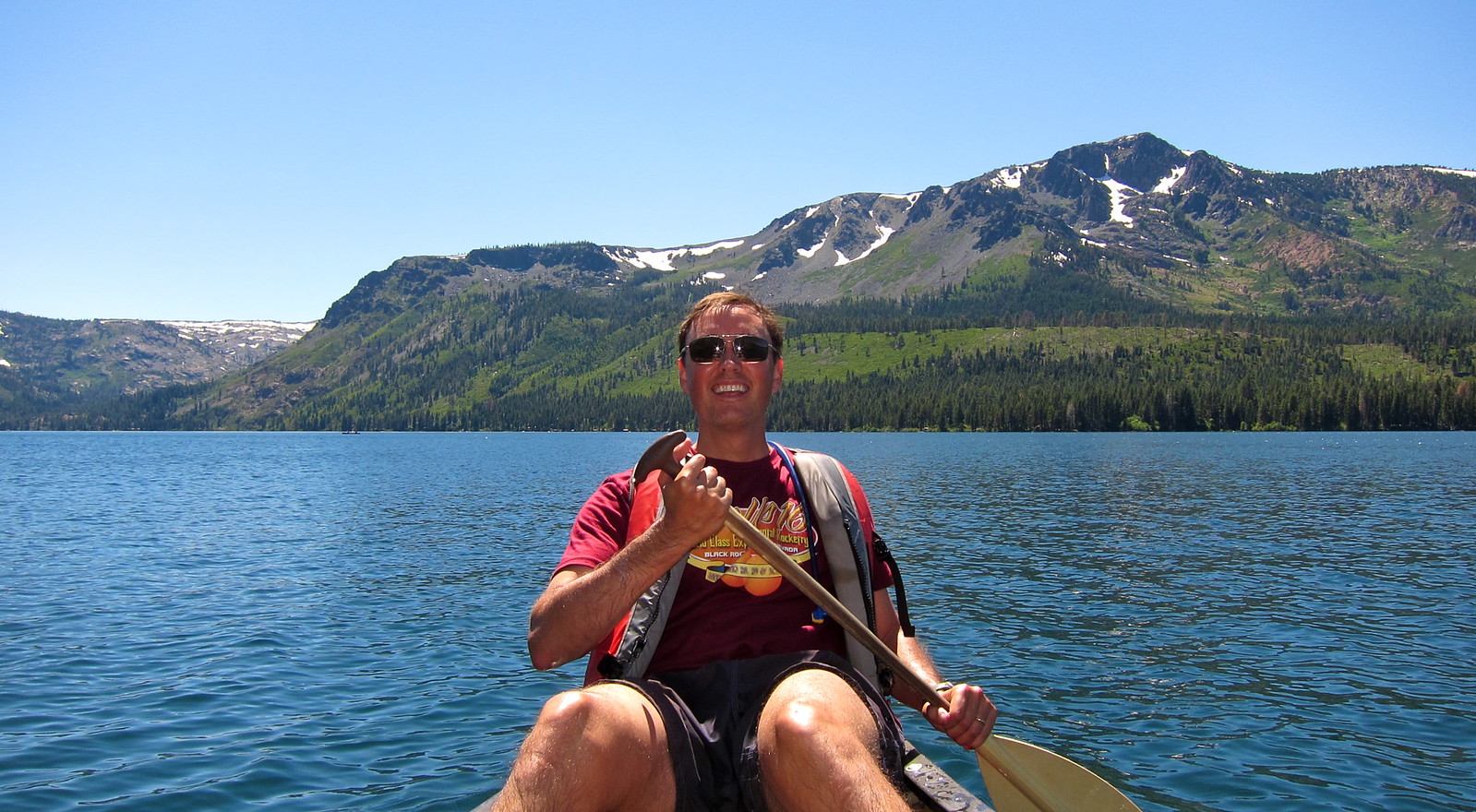 Why do tourists choose the places where they go to? Something about “going glamping” makes it different from just being another form of accommodation.

A few are exquisite, located in beautiful, authentic environments, and possessing spectacular outlooks. These are tourist honeypots, destinations in their own right. However, most must compete with hotels, airbnb accommodations and other glamping-sites. Surely, over a longer term this will result in a race to the bottom …. commodification.

For the most part, glampers are urbanites seeking to escape their normal existence and longing for nature-based experiences. Glamping gives access to those forms of outdoor activity, which can be integrated seamlessly. As a consequence, glamping-experiences are well positioned to fulfil the need to “get away”, to have a break, and re-charge. 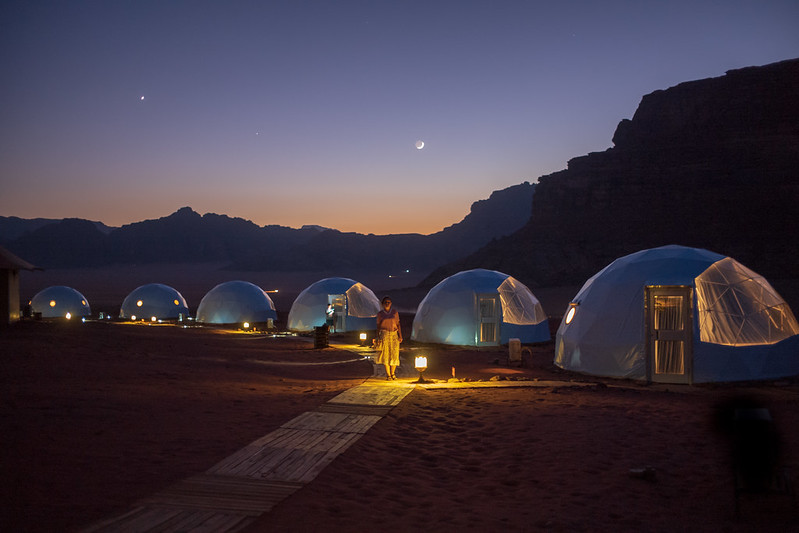 A distinguishing feature of glamping during its evolution, since 2005, has been the nomadic or non-permanent nature of its shelter abodes. While a chasm exists between camping and glamping zealots concerning each’s experiences, they both possess the ephemeral nature afforded by impermanence. Further, the aura engendered by shelter constructions that are cemented in history amplifies a closeness to the outdoors and a unique adventure into the wild. So is the movement towards solidly built shelter abodes constructed from permanent materials dismantling the essence of glamping. Is it an evolution, or an appropriation by other hospitality/tourism players looking to bring the glamping experience into their own offerings? 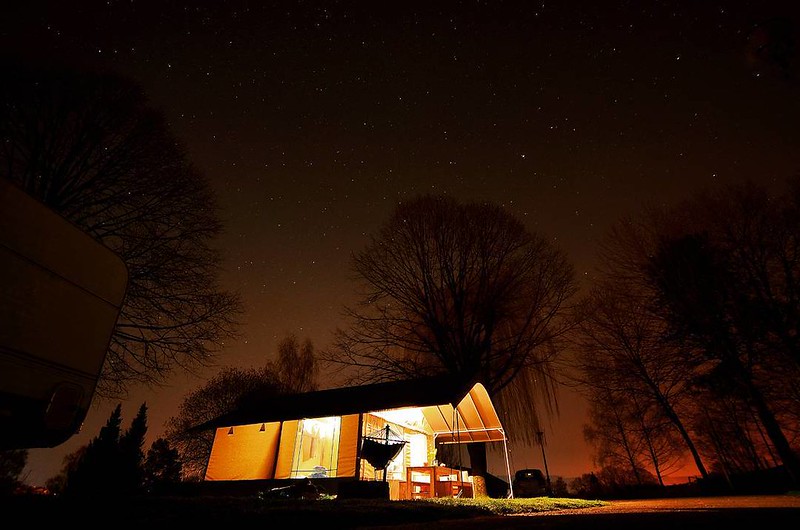 Tourism is at a crossroads. Over decades, destination travel has become a ubiquitous feature of the developed world. Covid-19 and the likelihood of similar pandemics in the future pose challenges to the viability of international mobility. The perspective of tourists has also changed, with authentic and original encounters replacing hedonic and entertaining experiences. Extraordinary events often create transformative change. Calls for a more sustainable approach to touristic endeavour has led to an intense interest in glamping. As a tourism form, glamping encompasses many of the attributes that are trending within travel. Over the European summer in 2020, interest in glamping increased dramatically over previous years and looks set to evolve further in the years ahead. Themes within glamping spaces will branch out, and glamping experiences will expand, providing a springboard for the industry to develop. 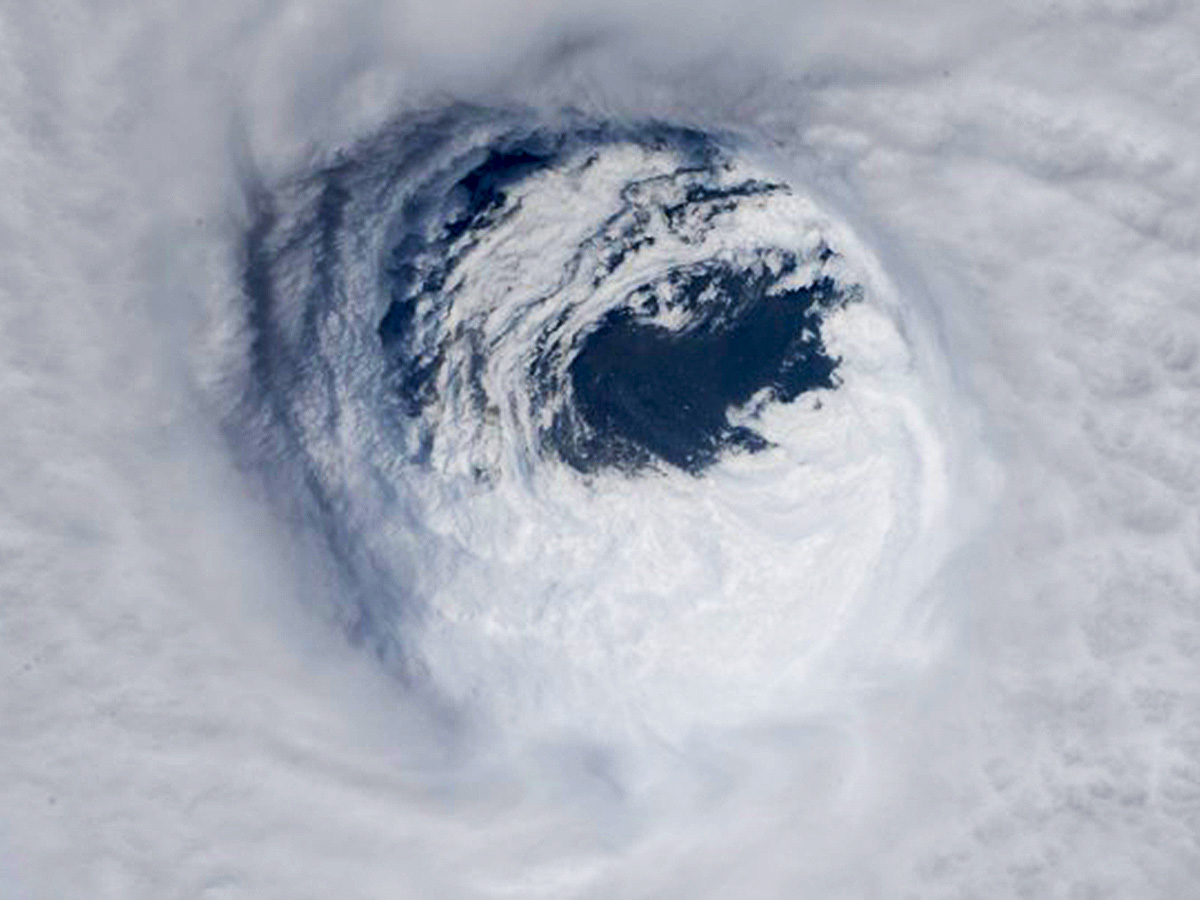 Understanding natural phenomena, ensuring that pre-trip planning takes into account risk assessment, and implementing adequate measures to minimise foreseeable impacts are critical elements to successful travel. Travelling when Thunderstorm activity is high, or when Tropical Cyclones become more prevalent requires travellers to have a much greater knowledge of how these natural phenomena occur. Unfortunately, travellers generally possess a nonchalant attitude towards extreme storms, one that changes dramatically once caught for days on end in one. This article attempts an in-depth explanation of the physical processes associated with Thunderstorms and Tropical Cyclones, and is intended to provide critical background for travellers, when travelling during extreme weather. 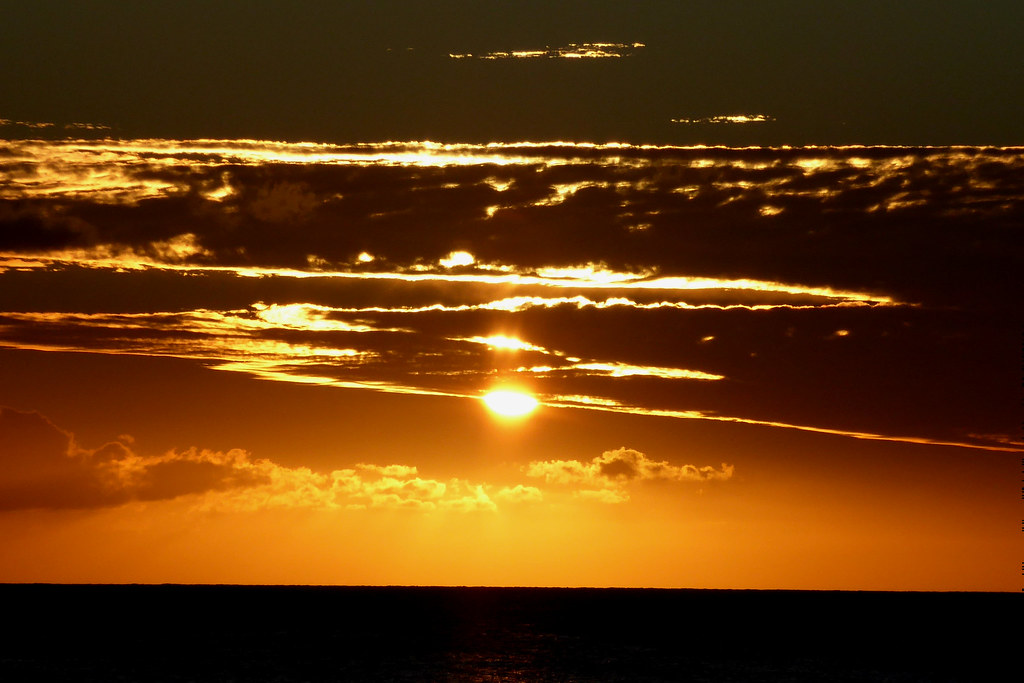 Generally, tourists are oblivious to the narrowness of their expectations during periods of travel, do little in the way of studying weather and climate of the destinations they intend to travel to let alone any research into what they might realistically see and do at the time of their visit. Consequently, a bad travel experience is often a consequence of bad planning and unrealistic expectations. Few if any destinations possess the perfect weather sought by visitors all of the time, and the pressure within the tourism industry to disperse peak season tourist numbers into the shoulder and low seasons has never been stronger. However, for some regions, particularly Asia the impact of climate and weather become important when travellers consider their travel options. Two distinguishing features dominate Southern and Eastern Asia; monsoons and typhoons, both of which have largely determined the annual cycle of life for many Asian communities. A greater depth of information is needed for travellers considering travel to Asia in low and shoulder seasons.