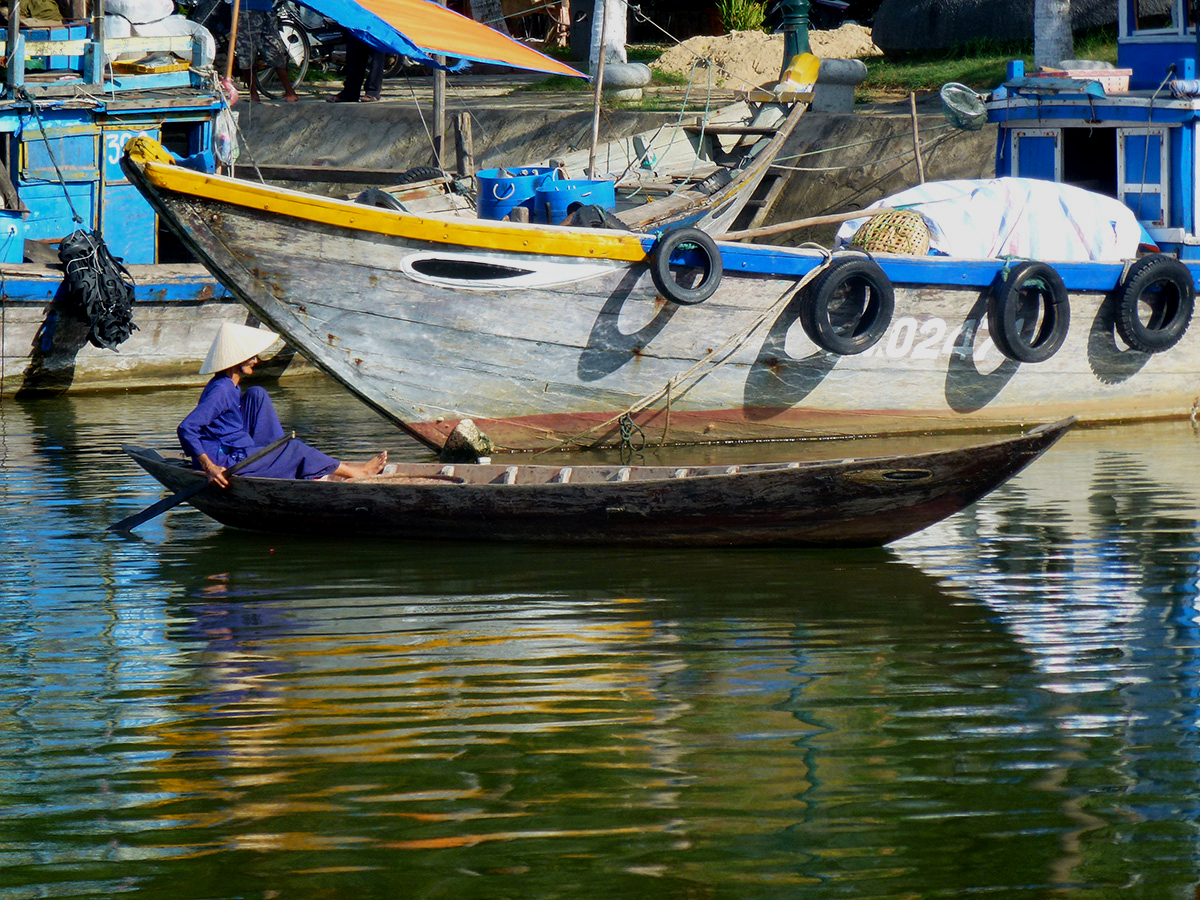 Vietnam as a Destination ? 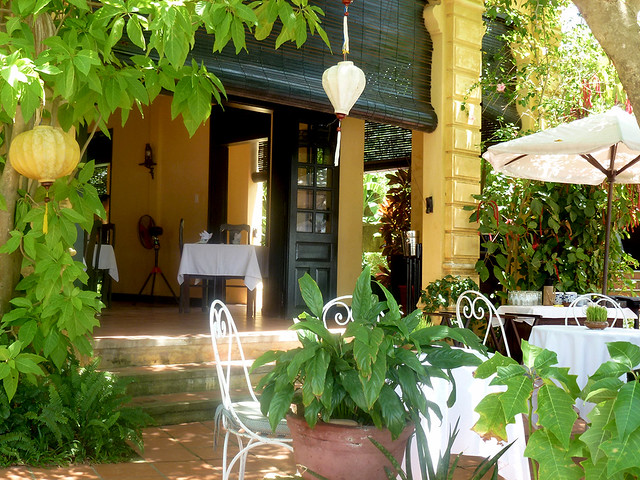 As a destination Vietnam is shrouded with mystique, partly due to its recent past, and partly due to the long drawn out characteristic of its geography fitting around the coastal curve of the Asian continent. Given its national characteristics, is Vietnam a niche destination for venturesome travellers ? or merely another Asian country looking for an angle to attract tourists ?

Vietnam is Different : It has a Unique Historical & Cultural Past. 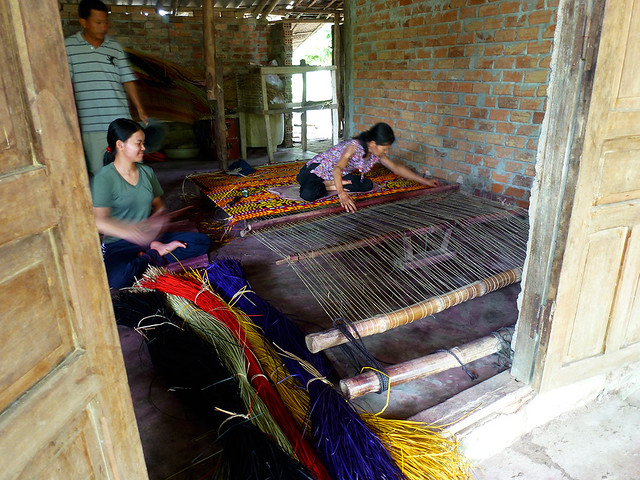 Unlike many of the popular Asian countries, Vietnam was effectively isolated from most western travellers for many decades due to the Vietnam (or Indochina war) occurring 1955 through to 1975. While a number of Asian countries, including Thailand, enjoyed global interaction and significant tourism development subsequent to the war, Vietnam was starved of development aid, and social initiatives.

Today, that earlier delay in development has allowed Vietnam to fill an enviable niche, presenting an authentic culture to travellers willing to take on the road that is often still less travelled. Vietnam fills the role held by Java and Bali in the 1970’s -1980’s, and is a must-see for those travellers seeking experiential travel experiences.

Vietnam : Overview of Topography and Population. 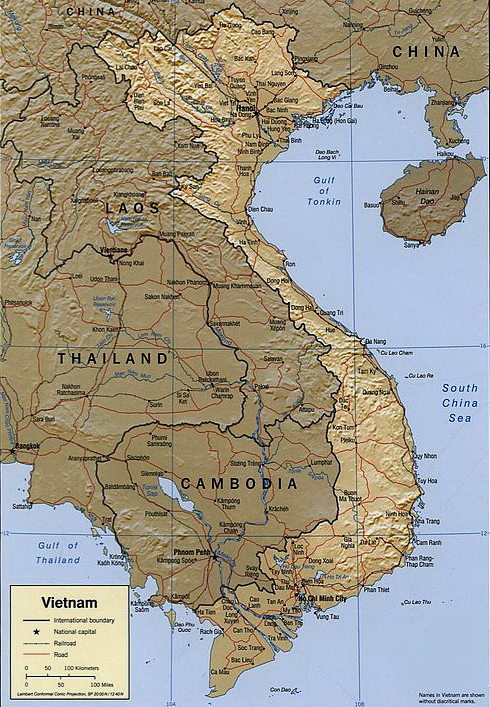 The topography and climate of Vietnam is diverse due in part to is extremely elongated shape, stretching from China in the north, through to being the end of the land mass that defines the Gulf of Thailand to the South. Narrow for most of its length, it possesses over 4,600 km of coastline, with the large and extensive Mekong Delta region to the south, and the lesser-known but no less substantial Red River Delta in the North. Possessing a largely hilly forested topography, it borders Laos, Cambodia, and China . Its elongated shape, and position relative to the equator provides distinct climate zones, that have different weather patterns from North to South. The diverse climate is definitely a consideration in respect to the time of year to travel for travellers.

Vietnam has a population approaching 90 million people and is very densely populated by world standards, having the 13th largest population size within a moderately sized land mass. Most of the population is concentrated around the Mekong and Red River Delta regions, with Ho Chi Minh city possessing around 7.2 million people, and Hanoi 6.5 million, although sprawling urbanisation is likely to swell actual numbers (UNWTO, 2013).

A Snapshot of Tourism in Vietnam. 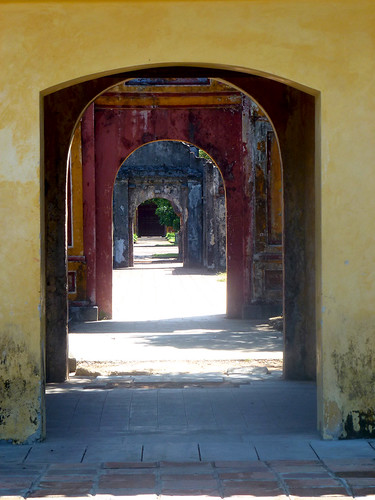 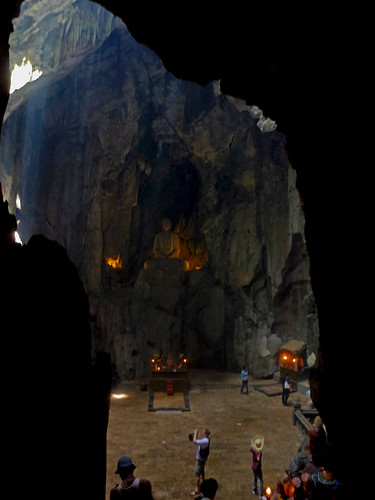 Vietnam has increasingly become more open to travellers and is developed an envied reputation by travellers across a wide spectrum of tourist typologies. it is considered to be one of the least developed and competitive nations in Asia, and this provides a great part of its appeal. The Travel and Tourism Competitiveness Report 2017 (WEF, 2017), ranks Vietnam at 67 place up eight places from the previous year. Its increased activity comes of its stunning natural resources ( ranked 34th in the world), unique cultural richness (ranked 30th in the world), along with excellent price competitiveness (ranked 35th in the world).

In short, the secret to Vietnam is fantastic scenery, a rich and authentic culture, friendly people, all at pretty unbeatable prices. It truely epitomises the image of that secret place that has not been overrun by tourists, holds true to its own identity, and provides travellers with a feeling that they are travelling through somewhere unique.

A part of this lies in its history. There is no question that even today, the image of Vietnam has been defined by the Vietnam war, and while the country itself does not dwell on its recent history, it certainly adds to the intrigue and interest for travellers. 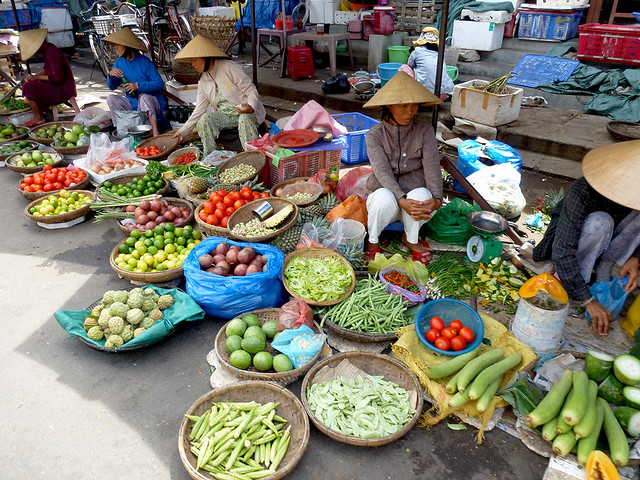 For international visitors, gateway cities are Ho Chi Minh city and Hanoi, with Da Nang also taking international flights. Ho Chi Minh City involves itself with tourism the most, and even though it is the smallest tourist city of the 21 covered by the World Travel and Tourism Council across Asia, it provides Vietnam with more than a quarter of its overall tourism GDP ( WTTC, 2017). Ho Chi Minh city has seen double digit tourism growth since 2006 and this looks set to continue well into the future. to.

Because Vietnam is imbued with people orientated tourism, it is not surprising that the most popular destinations are its cities, Hanoi in the north, Hoi An, Hue, and Nha Trang in the centre of the country, and Ho Chi Minh city in the south. 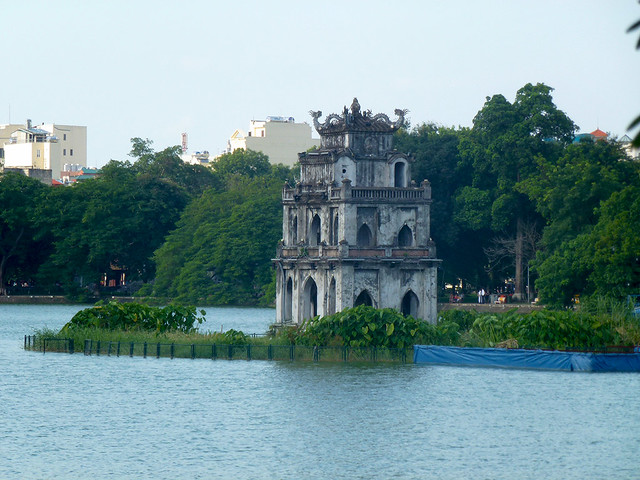 Walking tours of Hanoi are popular, which generally take in the Old Quarter, named after the many centuries old area containing the various guilds and craftsmen. Various street food tours are also received cycling tours, along with visiting Hanoi’s landmarks, and residential areas that still display notable French influences. Out of Hanoi, Halong Bay is perhaps the best-known excursion, while a visit to the hill tribes in the interior is a unique experience.

Hoi An, Hue, and central Vietnam. 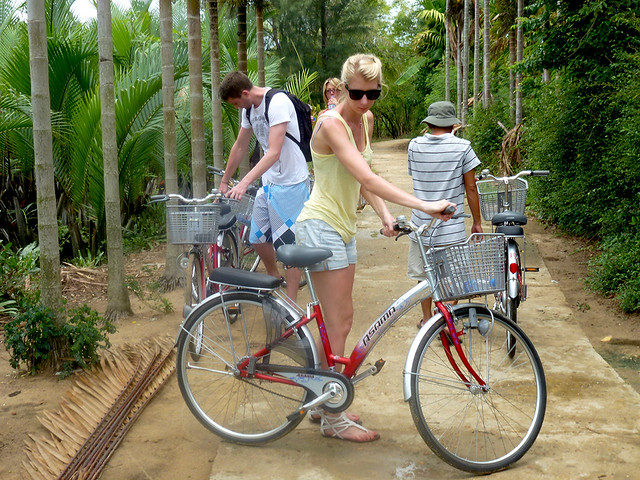 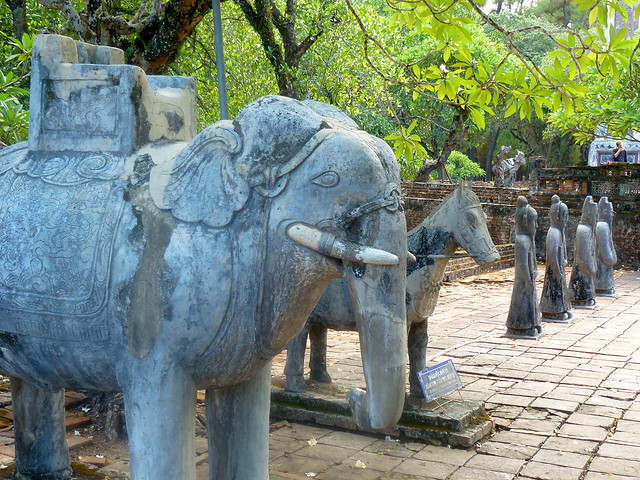 A trip to Vietnam is not complete without travelling to the Unesco listed town of Hoi An, and the nearby ancient capital at Hue.

Hoi An itself is a step back in time and a well preserved reminder of the past, and until recently coped extremely well with the flood of tourists that it now depends on for its livelihood. Unfortunately massive hotel developments have occurred along the beaches just out of Da Nang, which may cause some over-tourism at this amazing little place. Hoi An is well known for its tailoring businesses, but also has great food trails, and cycle tours through the delta area on the other side of the Thu Bon River.

Nearby, Hue is known for being the home of the historical Hue Imperial City, along with many Royal Tomb sites. 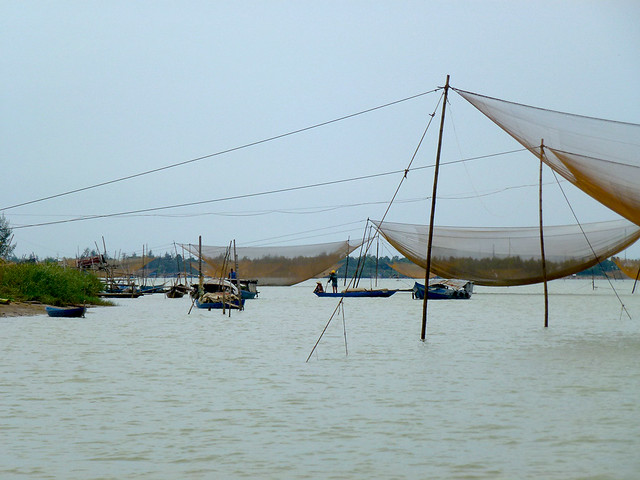 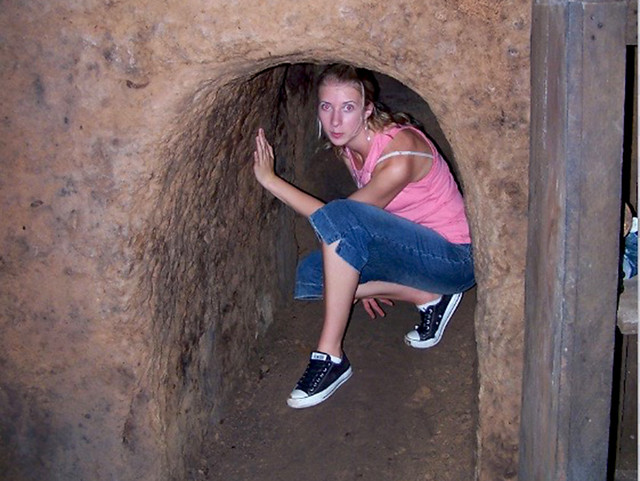 In Ho Chi Minh City, the War Remnants Museum is a must do and for those that remember back in history, the visit can be an emotional experience, despite the museum now being somewhat dated and run-down. There are also a few landmark buildings such as the Central post office and a number of temples. It is easy to be overwhelmed by the press of people, and the number of bikes and scooters."

Perhaps the most popular thing to do is an excursion trip to the Mekong Delta, where travellers are taken by boat through the heavily vegetated waterways and islets. It is an unparalleled experience and visitors are generally amazed at the level of activity occurring in these rich wetlands. Also popular are the excursions to the nearby Cu Chi Tunnels, and Ben Dinh Tunnels from the Vietnamese War, where visitors can gain a feel of what it must of been like during that turbulent time.

Travelling through Vietnam is a People Orientated Experience. 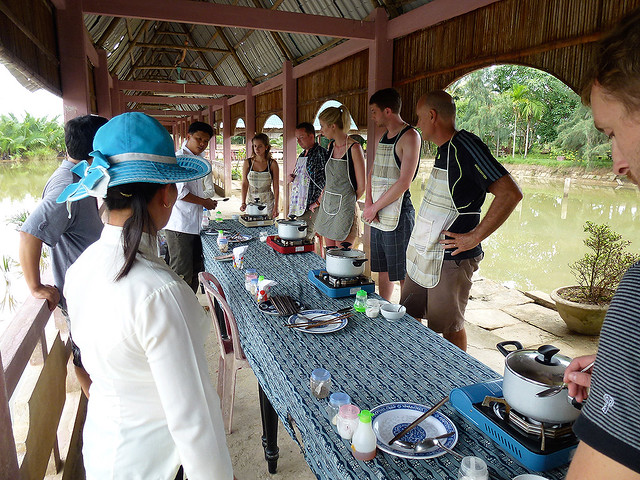 Any travel experience in Vietnam, involves being with Vietnamese people, watching them going about their daily lives, or even participating with them in their activities. All of which is so often in juxtaposition to our own lives, and provides us with a great counterpoint, or refection on differing cultures, traditions and peoples identities. 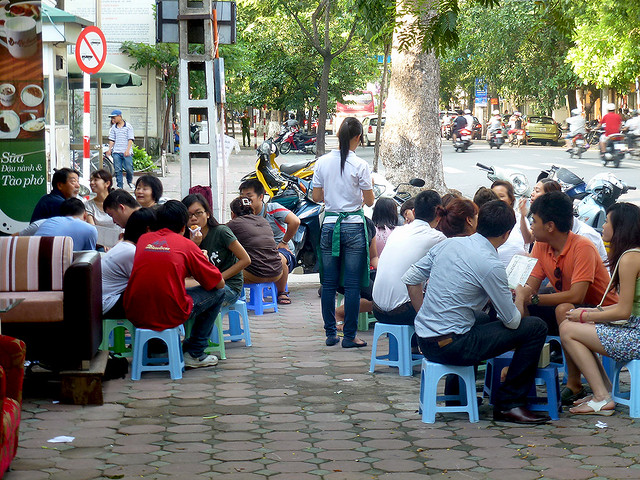 Vietnam is a destination that provides plenty of diversity over its length, and travellers should definitely consider visiting the three distinct areas, or a minimum of two to get a more holistic impression of the country. While there are plenty of attractions and activities that highlight both natural and cultural features, ultimately it is the interaction with the Vietnamese people that travellers will remember the most.