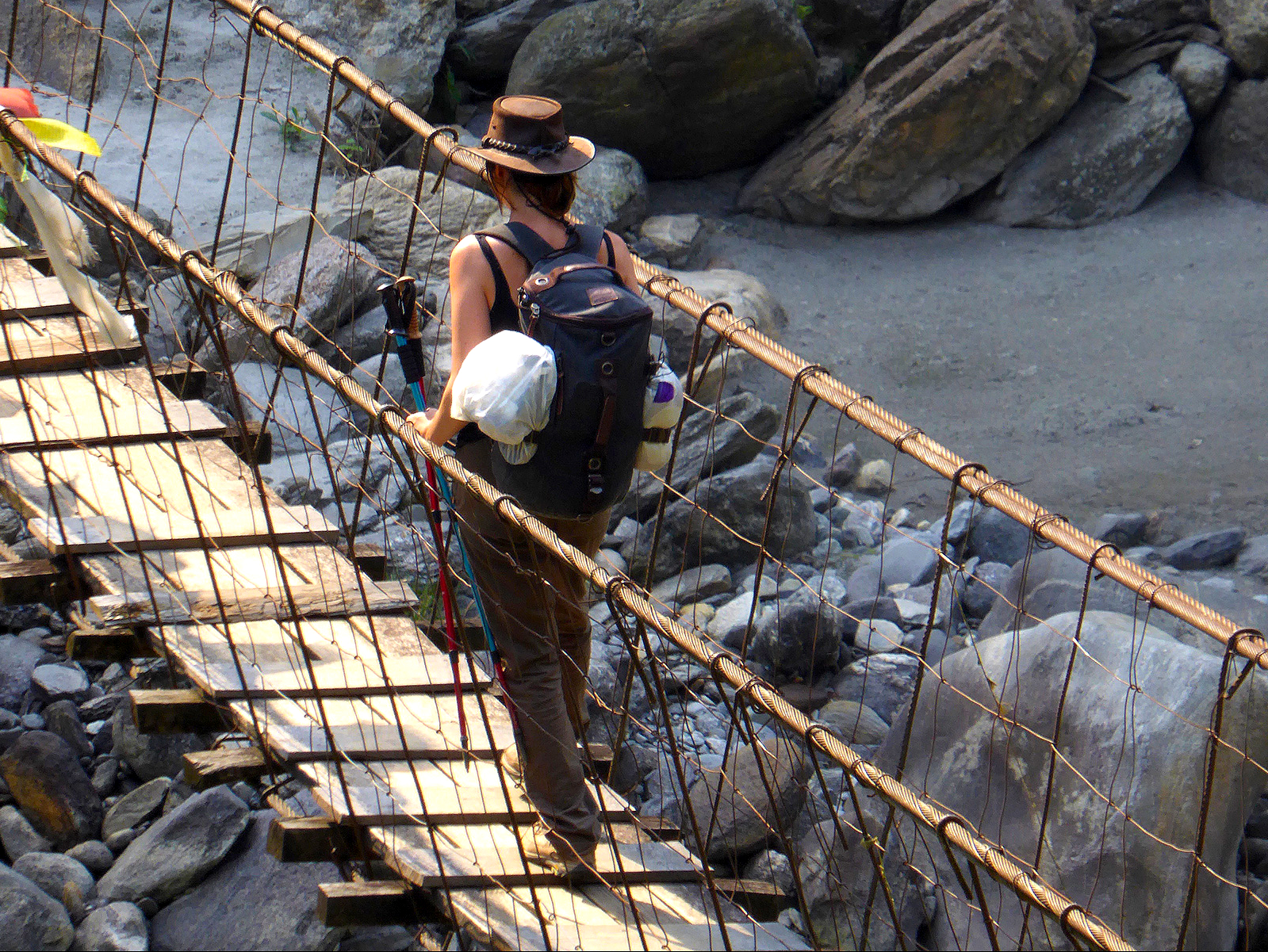 Nepal : An image of "Other-Worldliness" and Venturesome Experiences.

Nepal is one of the destinations that captures the imagination of travellers, that few others can match. For venturesome people, the allure of Mt Everest and its surrounding environ identifies as one of those last undiscovered places on earth where true experiential travel was possible. The tourism brand of Nepal is forever stamped with the endeavours of mountain expeditions, of Sir Edmund Hillary and his successful climb of Mt Everest, the wondrous efforts of Sherpa porters carrying impossible loads over great distances, and the extreme physical challenge that the mountainous region presents to mankind.

Added to this is the mystical nature surrounding Kathmandu, which for travellers is only matched by places such as Marrakech in Morocco. These exotic places lay on the border of the known world in the early days of great exploration, and still, conjures up imagery of fabulous places that lie beyond. 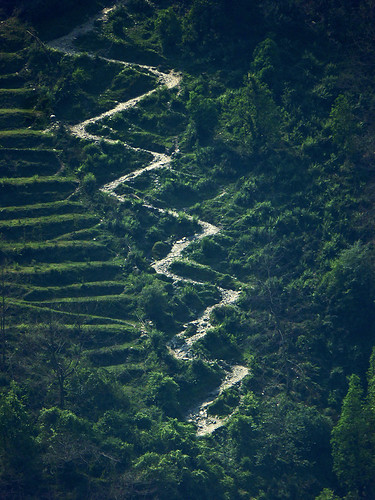 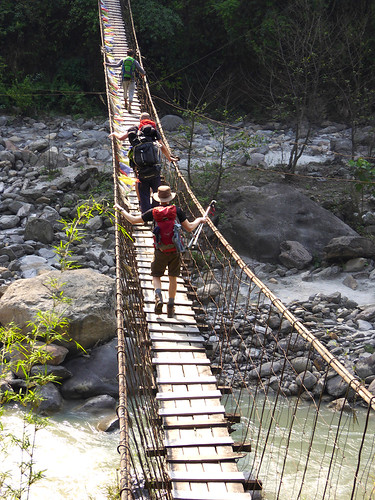 The kingdom of Nepal had a turbulent history, and prior to the second world war, entry by foreigners was restricted, and only available by invitation by the then rulers or the British Embassy. Generally, these were climbing expeditions, or army officers seeking adventure. Since then various political changes saw vastly differing visa restrictions imposed and lifted, merely making it more desirable for adventurous travellers to go to.

Today, Nepal is a parliamentary democracy and the country is relatively easy to enter. However, despite development initiatives it remains an extremely poor country with rural Nepali continuing to live a stoic lifestyle, that is marginally above the poverty line. 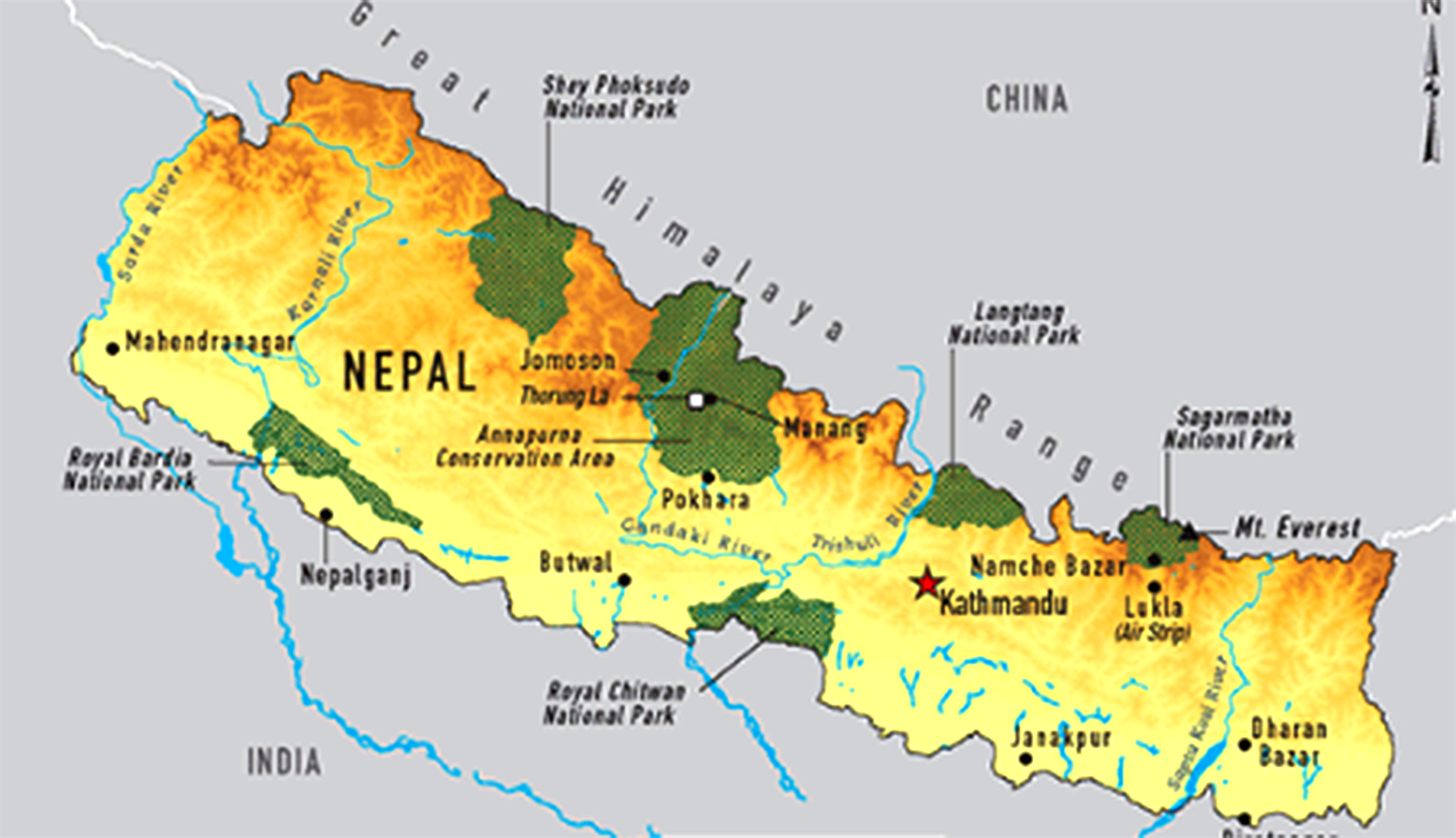 The Eclectic nature of Nepali Tourism. 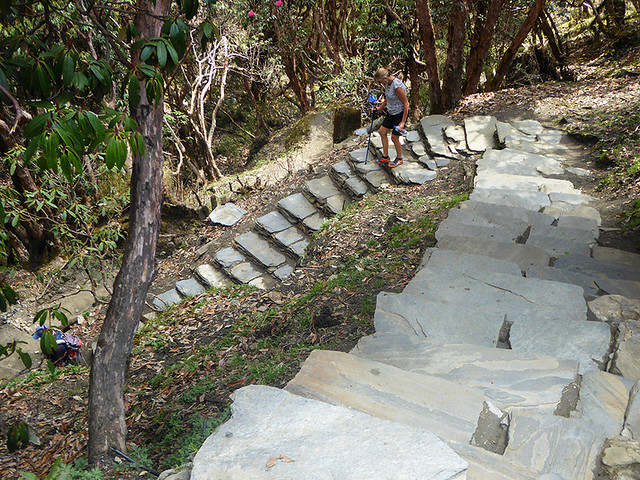 Stepping forward into the present, Nepal attracts tourists on the back of its historical statue, many of which may never venture outside of the immediate surrounding area of Kathmandu. For a significant number of travellers, Nepal is reduced to just another destination along an itinerary focused on the Indian subcontinent, and the further our from the capital the fewer Nepali people have seen or talked to outsiders. The development of trekking and the venturesome traveller that is the hallmark of Nepal, has as much to do with returning Gurkha (Gorkha) soldiers, as any real desire to create a tourism industry.

Make No Mistake, Nepal is a Poor Country. 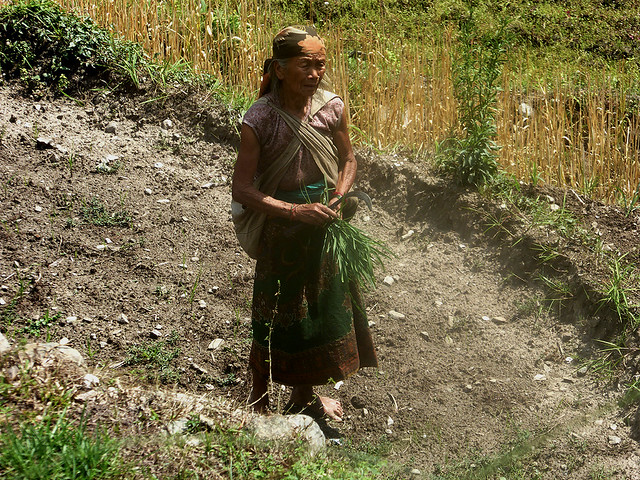 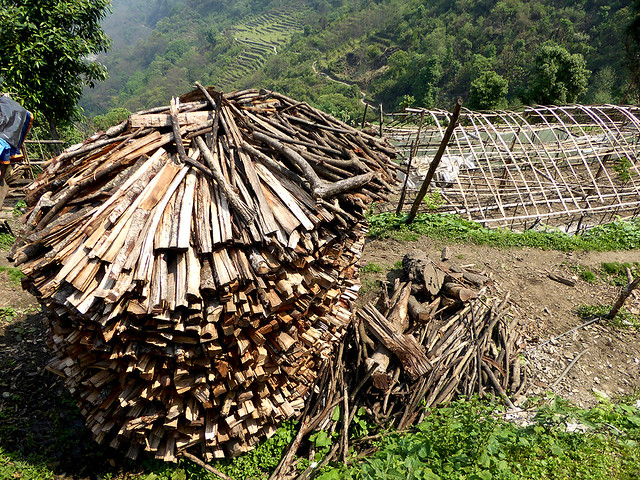 For travellers, the context of the country they are about to visit is an important aspect in regard to their frame of mind. Make no mistake, Nepal is a poor country and visitors need to have empathy to that fact. The United Nations compiles a global human development index so that it can determine the countries that are most in need of development initiatives, and where that development should be focused. In the 2016 Human Development Report (UNDP, 2017) Nepal ranked at 144 out of 188 countries, and was classified as a “Least Developed Country” in 1971 which it has been unable to progress away from. Poverty is pervasive with just under 27% existing in, and another 14% living close to Multidimensional Poverty. Urban-rural differences are considerable, with rural poverty nearly 1.8 times higher than urban poverty (UNDP, 2014).

Despite their harsh life, Nepali people get on with their own life and are mostly busy in their day to day activities that are necessary for them to maintain their meagre lifestyle. Generally, they believe that a better life will come as a consequence of their own efforts, and treat trekkers as a respectful part of their world. Other life choices to make their lives better include young men taking on the Lahure / Soldiering way of life.

The Fighting Prowess of the Gurkhas (Gorkhas). 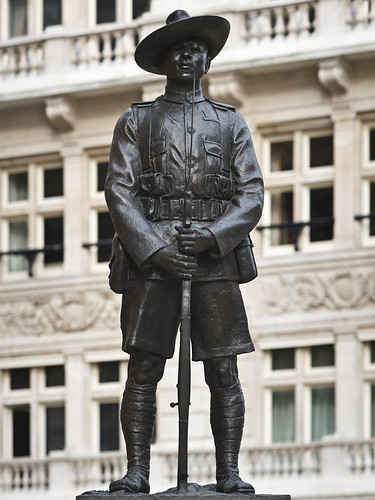 The Gurkhas (or Gorkhas) are renowned fighters originally recruited by the British Army, after their stout defense fighting the East India company. Subsequent to this Nepali soldiers went wherever the British army went, and 200,000 served in the two world wars, with 43,000 being killed (BBC, 2010). Subsequently, Gurkhas have been an integral part of the Nepali and Indian armies, along with Continents in Singapore and Brunei.

In many ways for many, becoming a Gurkha soldier was seen as a way in which families could step away from the poverty trap that they were otherwise destined to live within. Young men vie for the chance to become mercenary soldiers, and it is surreal that in today's world such a calling still officially exists. Their status is maintained under the 1947 tripartite Agreement reached between Nepal, India and the United Kingdom. (The Gurkha Brigade Association, n.d.). However, the word "Mercenary" is a term that is highly resented by the government of Nepal.

Gurkhas and the Lahure way of Life. 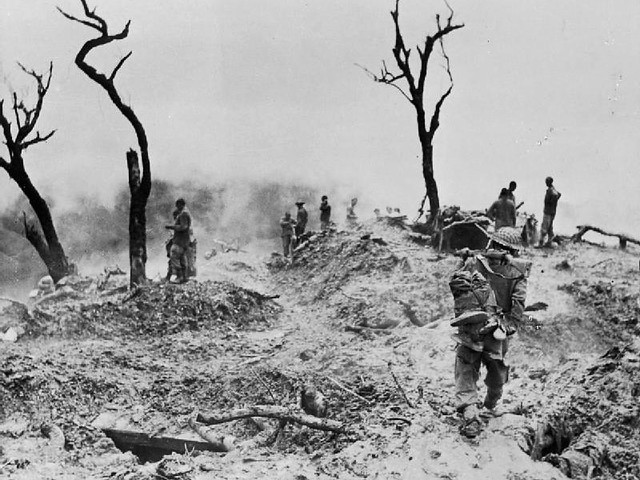 The term “Lahures” became known as those that left their homeland to enlist. However, the life of a Lahure was a double edged sword, and for the young men who left to fight in foreign lands for foreign powers life was tenuous. However, for their impoverished homelands, they became symbols of modernity and glamour, with their earnings bringing status and much needed income. Over time, it was seen as a way for communities to get ahead, and became a their “normal”, with Lahures being immortalised in folklore and song. For the men themselves, those that survived, were changed forever a number became agents for alternative development in their homelands (Aryal, 2008).

In more recent times “Lahure” has come to represent any Nepali who leave their homeland to work abroad.

Gurkhas and the Ethnic Makeup of West Central Nepal.

Within Nepal itself, there is a complex mix of peoples, generally enclosed within an overarching Hindu umbrella. There are approximately nine larger ethnic groupings in Nepal, with the main group being the Chetri, constituting just under 16 % of the population. The Magars form the third largest ethnic group and make up around 7%, while the Gurung constitute 2%, of Nepal’s total population of 27 Million.

Significantly, the Gurkhas are dominated by four ethnic groups, the Gurung and Magars from central Nepal, the Rai, and Limbus from the east, who live in villages of impoverished hill farmers (BBC,2010).

The Magars are structured into clans and sub-clans with more than 1100 sub-clans being known. The main clans are Ale, Budha, Pun, Rana, and Thapa, providing some explanation of peoples names in this area. 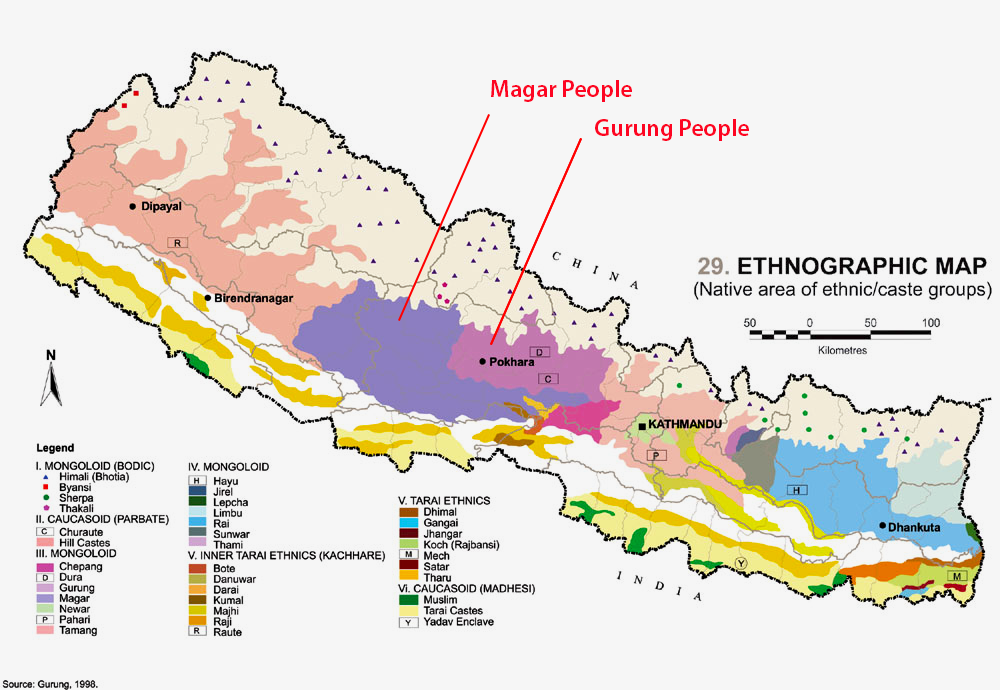 Gurkhas as Agents of Change. 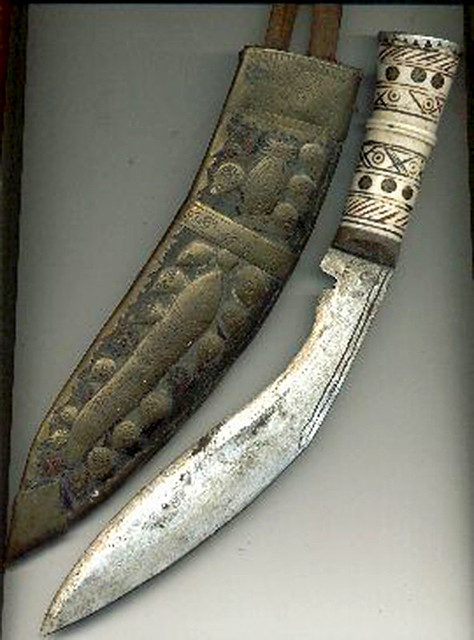 One of the consequences of giving young men experiences outside their own country is that they are exposed to new ideas, get to see how the rest of the world is, and formulate possibilities for their homeland. Experiencing war changes people forever, and for some, a desire to help their own communities is kindled. With a more worldly outlook, a number of veterans kindled the belief that tourism was a way forward, where the dependancy of the Lahure way of life could be diminished and ultimately replaced. Below is the story of Major Tek Bahadur Pun, an agent of change for the area surrounding Ghorepani and Poon Hill, but other stories of Gurkha veterans are equally relevant. 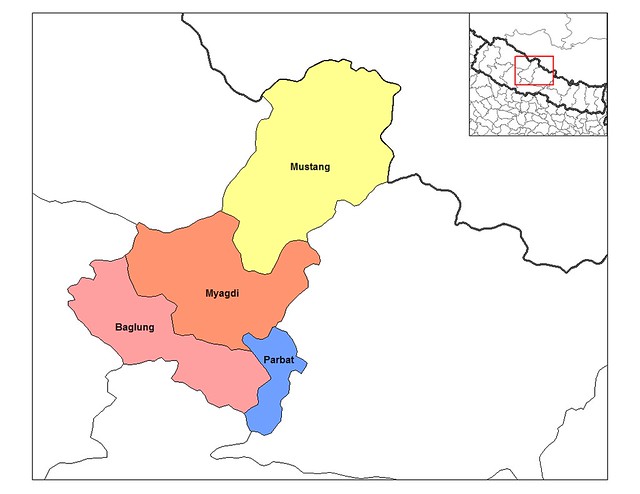 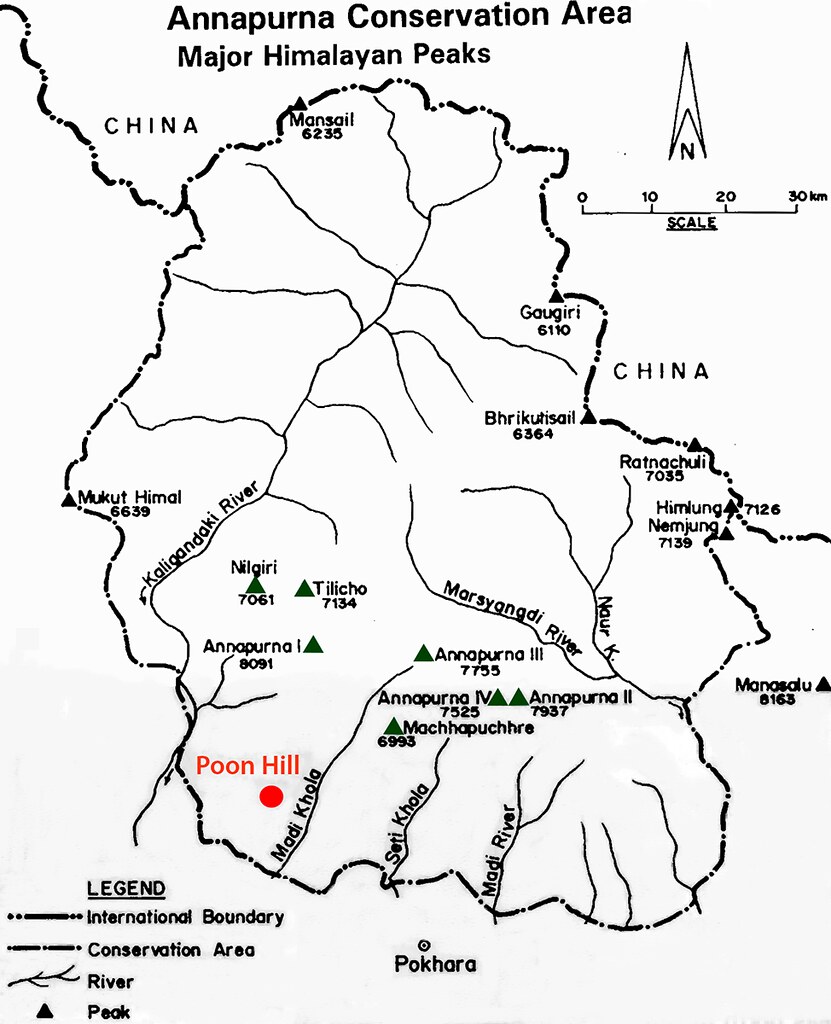 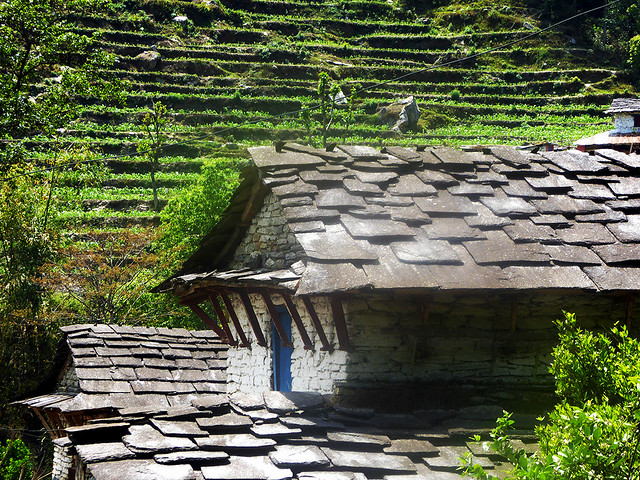 Born in 1925, and at the age of five was raised by relatives after his father died, and subsequently joined the boys service of the British Indian Gurkhas at the age of fourteen, where he obtained his elementary schooling. Totally absorbed in education, we would sneak out from his dorm after curfew so that he could continue his studies under the village streetlights. Entering the army at nineteen, he spent most of his time with the 8th Gurkha Rifles, which was assigned to India after the Second World War and India’s subsequent independence. During his 30 years of service Major Tek Bahadur Pun obtained his Bachelor of Science degree, and was determined to promote and lift educational levels amongst the Myagdi Pun Magars, and to seeks alternatives to the Lahore / Soldiering livelihood that pervaded his traditional homeland (Poon Hill Tower, n.d.).

While serving in the Gurkhas, Major Tek Bahadur Pun would spend his short leave back home visiting the various villages of the Pun clans of the Magar tribe, promoting initiatives for better education, community social projects, better farming and abolishing the expense incurred in marriage ceremonies.

After retiring from the army, he spent many hours at Lung Tung Danda (now Poon Hill), where fantastic views of the scenery around Annapurna South and Khayar Shikhar, could be seen. Realising that tourism could become an agent for change for his people, he initiated the lodges and hotel at Ghorepani, helped pave a rough path leading to the top of Poon Hill, and commenced guiding trekkers to its summit at sunrise and sunset. These early travellers spread their experiences and years later has led to the Poon Hill route becoming a renowned global trekking route (Poon Hill Tower, n.d.).

Note : Major Tek Bahadur Pun should not be confused with Rifleman Tul Bahadur Pun who served in the 6th Gurkha Rifles and was awarded the Victoria Cross in 1944. Tul Bahadur Pun, fought with exemplary gallantry for the United Kingdom, he suffered chronic health issues in later life but was denied health support by the UK government, highlighting the plight of the Gurkha regiment in the UK, and making major news headlines.

The Annapurna Region of Nepal

Longitudinal Map of Elevations : Trek to Annapurna Base Camp. 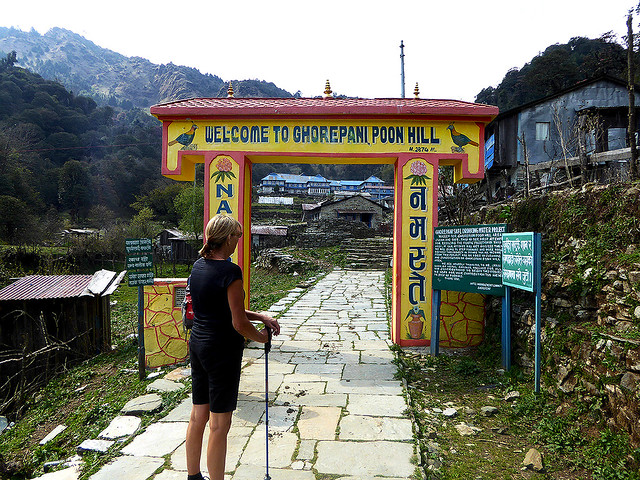 The Annapurna mountain ranges themselves stretch from north to south with the Kali Gandaki, and Marsayangdi rivers either side. Centrally dissecting these is the Madi Khola River which extends up to ABC, and these three rivers drain the conservation area southwards. The topography can vary sharply between 1,000 and 8,000 metres above sea level. The best vantage points to view the Annapurna mountains is at Pun Hill ( Poon Hill), and from Ghandruk village (CREST, 1995). 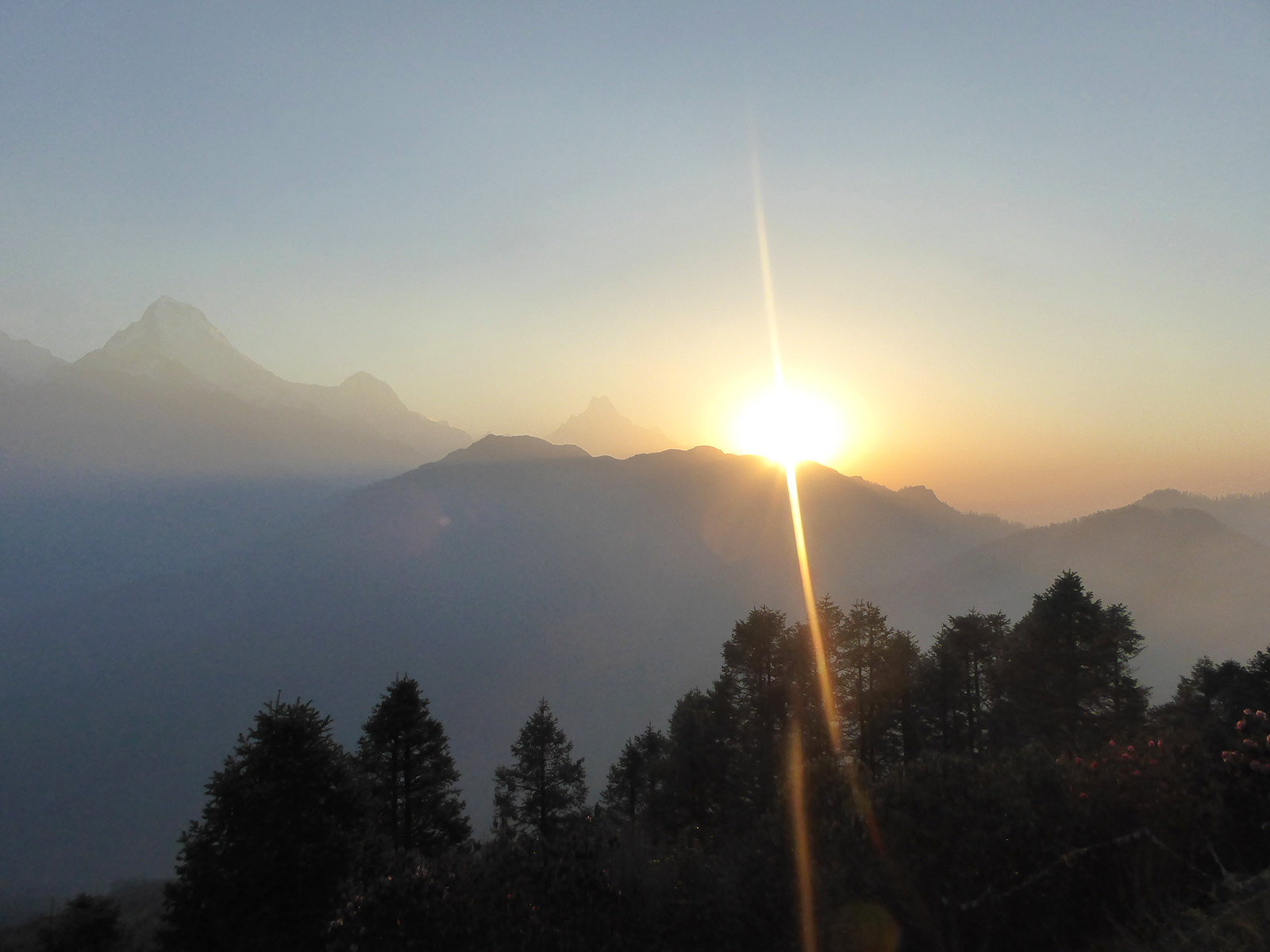 CREST. (1995). Tourism for Mountain Community Development. Case Study Report on the Annapurna and Gorkha Regions of Nepal. Series No. 95/11: Centre for Resource and Environmental Studies.