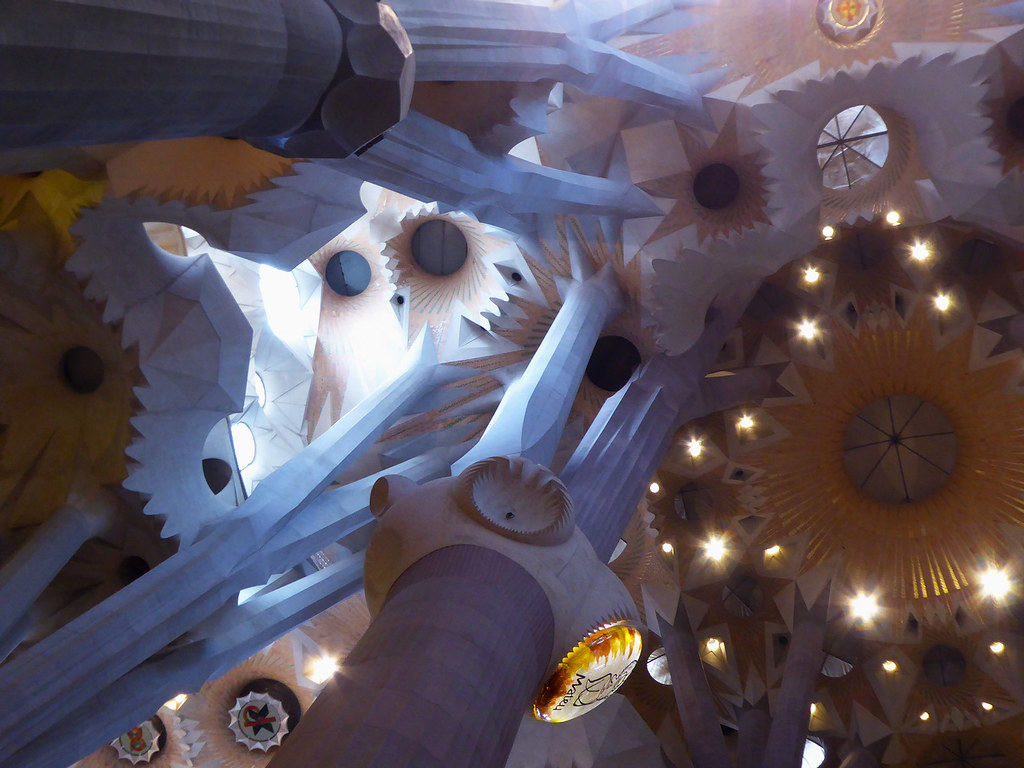 Why go to Spain ? Its an interesting question. 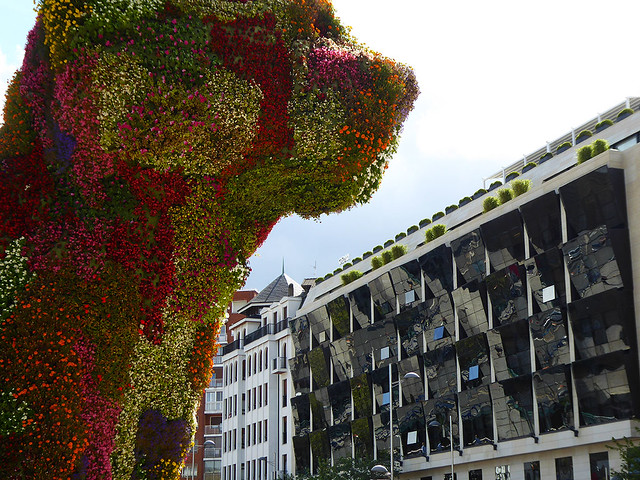 The reason the question even comes up concerns that snapshot of an image that occurs within potential travellers during their initial consideration. What should be an resounding affirmation to go, is weighed down by a melting pot of factors that include a multitude of exceptional attributes, along with a number of drawbacks, and circumstances. Spain is an enigma that for travellers seeking authentic travel experiences, it just doesn’t appear on their destination radar. But it should, and a deeper look at what Spain offers reveals a multitude of attributes that are unique and little changed from earlier times.

Lets talk about the 'Elephant in the Room' 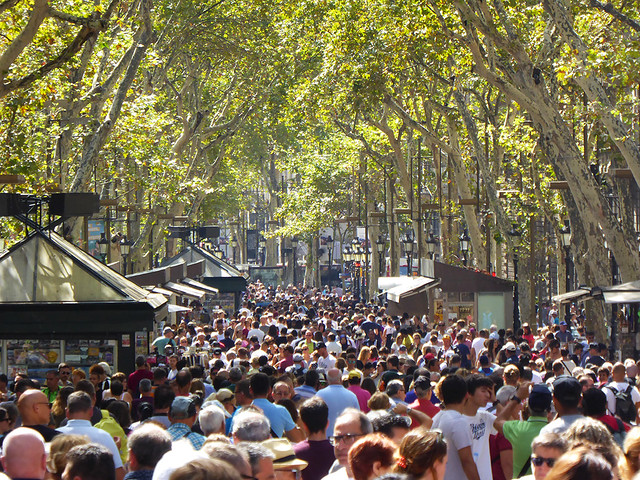 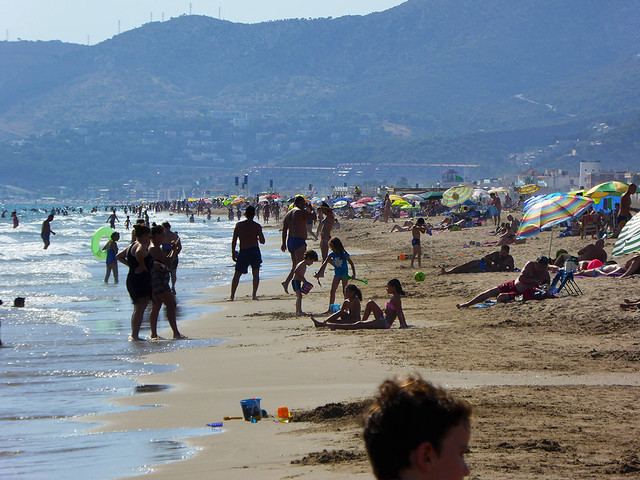 Quite simply, it is hard to get past its earlier and not so appealing scramble to provide what can really only be described as chaotic tourism ghettos along coastal fringes. Unlike other European destinations of a similar ilk, such as Italy which had developed a carefully manicured cultural, historical and landscape imagery over many decades, Spain appeared to go for the cheap and nasty. With that came the flock of English tourists who demanded that the Spanish provide them with all the conveniences of their English hometown, including fish and chip shops, corner stores, and Coronation street on the television. An overstatement ? not really because you can still go to areas of Spain and still find these areas.

Equally off-putting is the sheer numbers of mass tourists that crowd the most popular Spanish destinations such as Barcelona ….. . It is clear that along the traditional international visitor corridors, some destinations had reached a plateau of tourism maturity. A number of Spain’s tourism hotspots are approaching visitor capacity and they presently sit on a knife edge ; whether they take decisive and innovative action to rejuvenate these iconic areas, or whether they allow them to stagnate with a consequent decline, will unfold in an uncertain future.

Should you Visit Spain ? The answer is an Emphatic "yes. 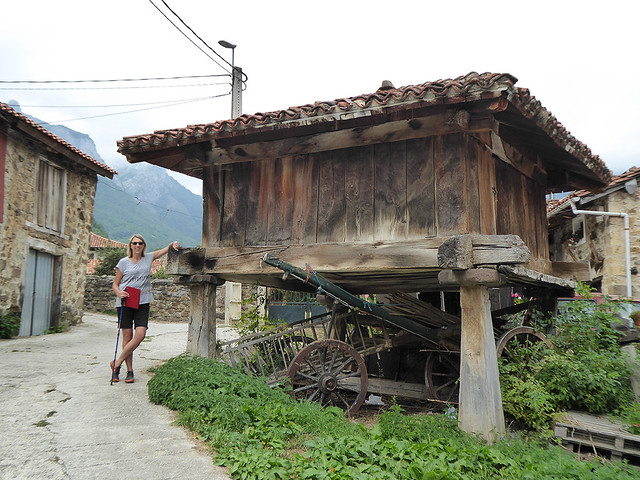 So should travellers seeking truly authentic travel experiences consider Spain as a place to visit ? The answer is an emphatic YES …….. Despite everything the Spanish have not allowed visitors to water down who they are, and how they go about their lives. On top of this the country is just so big, its history so extensive and riveting that even the most shallow of tourists are quickly caught up in it, its “cultures” so diverse and deeply felt across its breadth, and its landscapes so stunning, that there are just a bottomless number of traveller experiences to be explored. 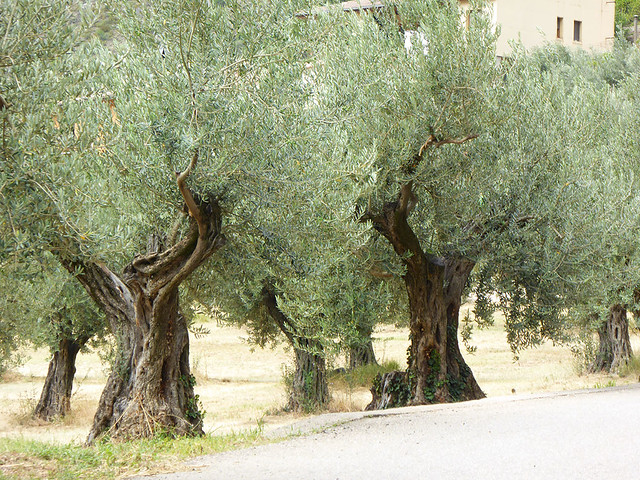 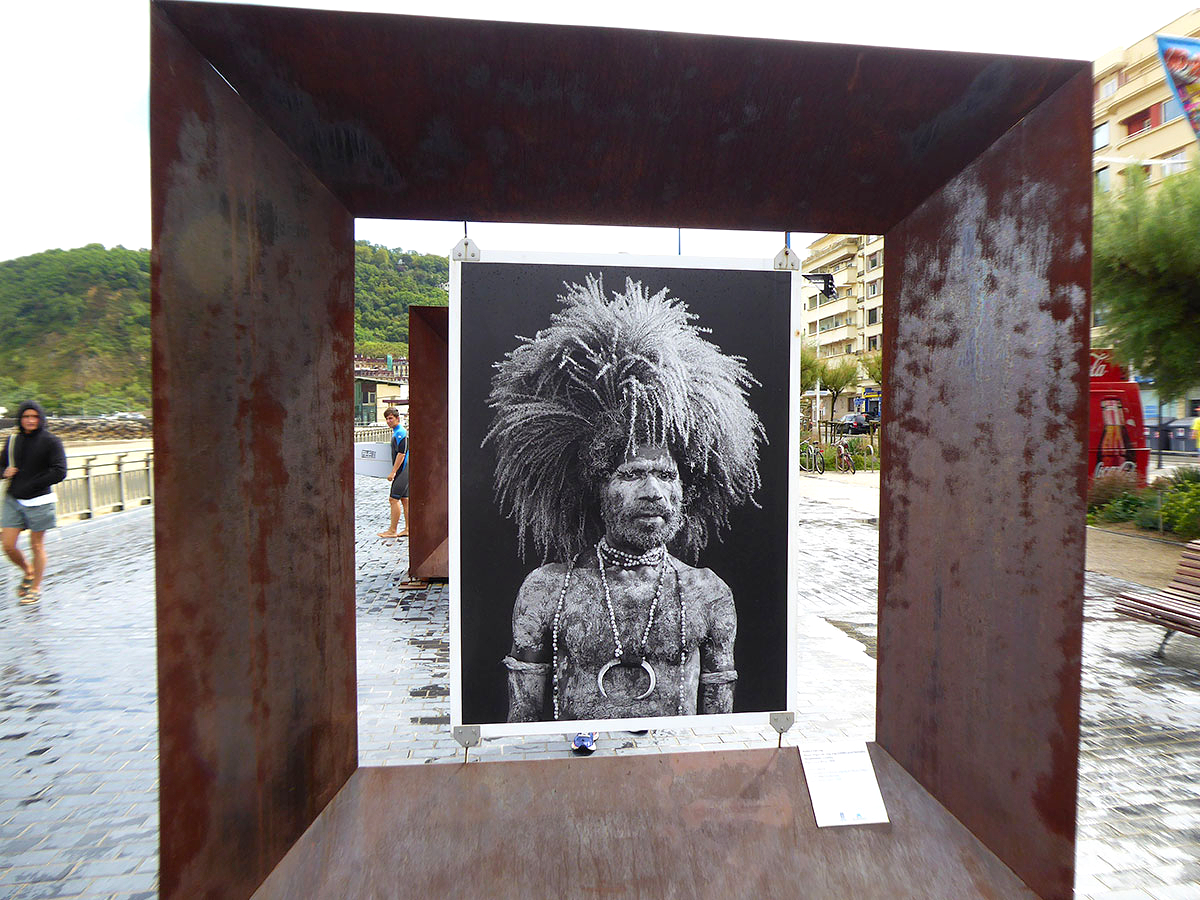 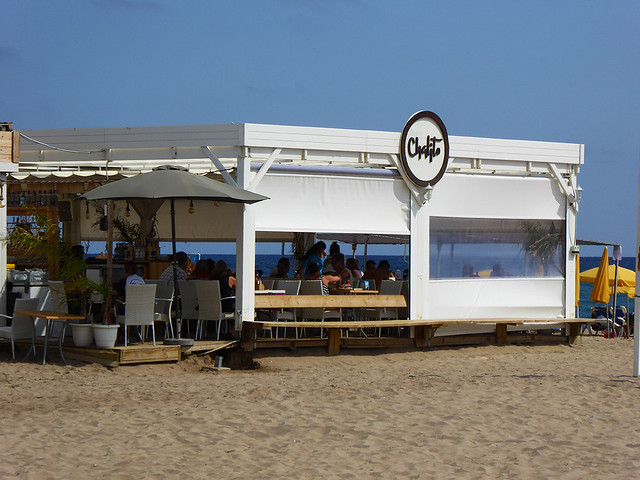 World tourism figures (UNWTO, 2018-a) shows that Spain continues to be the second largest destination in the world and the largest by a significant margin in Europe. Spain’s tourism industry is substantially larger than that of its nearest European national destination, that of France which fills the sixth largest global destination for short term visitors. By comparison, French tourism receipts amounted to only 70% of those accounted for in Spain, and the appeal of Spain as a destination remains with an astounding growth of 9% in 2017. Few countries can rival this tourism growth and certainly non of a similar size and scale.

For the authentic traveller, there is the realisation that Spain is not a collection of ‘bucket list’ attractions and activities, but instead a collection of distinct and proud regions, each with their own detached landscapes, human characteristics, culture and history. As attested to by the recent Catalonian attempts to separate from Spain, being Spanish is important, but being ‘of a region’ is even more important. In the end, the Catalonian separation may have ultimately failed because its people were evenly split between their regional and national identities. Despite this, the prominence of regional identity is not new and Spanish peoples have manifested their desires of regional expression and governance in many ways, from the the armed Basque ETA organisation prominent from the 1960’s through to the strong support for indigenous regional culture that goes beyond mere customs and traditions. The Spanish constitution acknowledges this by adopting a principle of ‘Seventeen Spains’, whereby the seventeen separate regions are provided with varying degrees of autonomy. 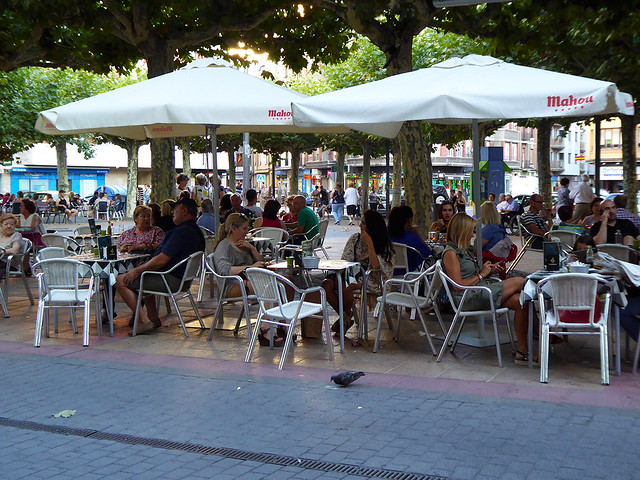 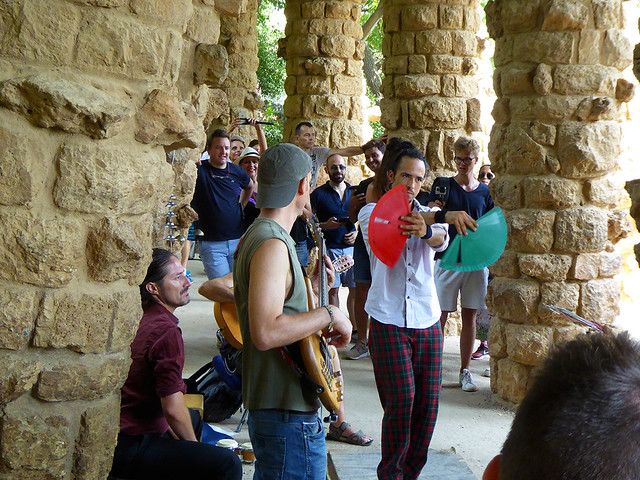 This jigsaw of regional identities provides a unique context for tourism in Spain, and startling characteristics emerge (UNWTO, 2018-b), that show that despite the significant size of the international visitors to the country, these are swamped by four times the volume of domestic tourists. The country is so big, and regional distinctions are so contrasting, that the Spanish themselves are drawn to other areas of their own country to explore. However, given that there is appreciable regional competitiveness, it is unclear how much of this travel can be attributed to major sports fixtures, or commercial expo’s and the various entertainment events.

For travellers from other parts of the globe, who are wanting authentic experiential travel, it is notable that 88% of visitors to Spain originate from other European countries. Having European travellers making up the majority of international visitors provides a friendly juxtaposition for those travellers not from European countries in regard to the feel and atmosphere of their own homeland. Surprisingly, only a small proportion of visitors come from regions that are further away, with 6% coming from the Americas, including the large numbers of Spanish speaking countries located there. Further, just over 3% stem from East Asia and the Pacific (including Australia and New Zealand), and under 2% originate from Africa, with only a minuscule of visitors from remaining regions.

Spain is an Ideal Authentic Travel Destination for 'SIT' and 'FIT' Travellers. 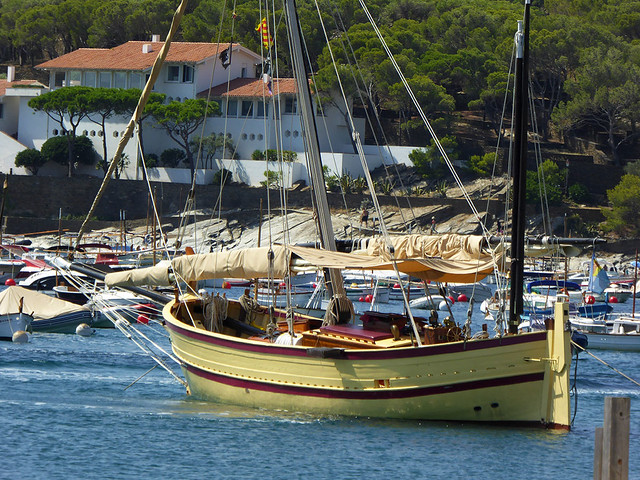 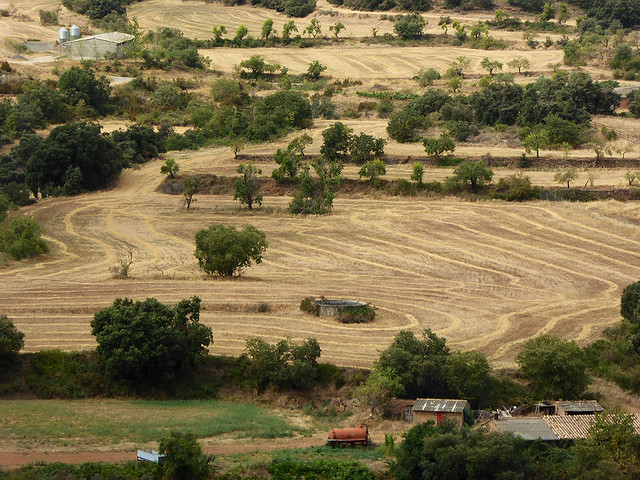 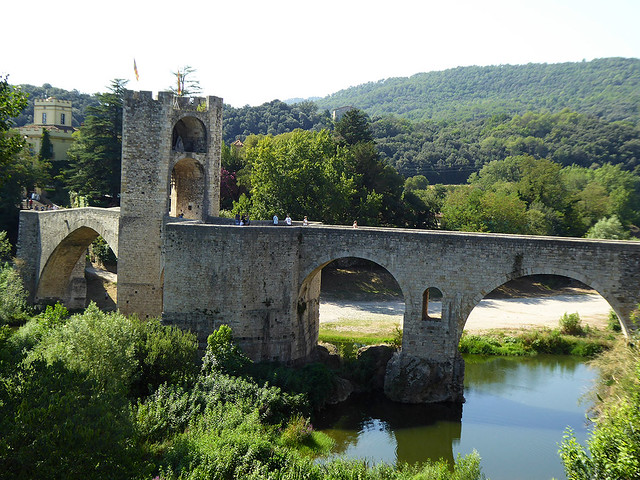 As expected almost all visitors travel to Spain for holiday, leisure and recreation, but only 30% travel through the country on package tours with the remainder being either semi-independent, or fully-independent travellers. Visitors have a definite preference to explore and experience what Spain has to offer on their own. Further, the average travel group lies between two and three people, indicating that most are likely to be couples, small families or just a few friends. This is consistent with travellers who prefer more personal and intimate travel, enjoy a mix of cultural and historical experiences, and have a greater likelihood of connecting with and interacting with locals. The average length of stay is close to eight days which is in tune with Europeans taking a specific journey through a particular region, perhaps along a pre-defined route such as down the Mediterranean coast from Barcelona, or Madrid through to Sevilla.

Therefore, Spain is an ideal destination for travellers who want a safe destination that appeals to almost all traveller’s preferences, and their travel budgets. Travelling through Spain provides visitors with a diverse range of cultural perspectives, culinary experiences, community identities, and historical settings. Cities cater for the most sophisticated, the most exciting, the most casual, or the most grungy entertainment; while rural areas cater for just about every soft adventure activity, or if preferred, over the top adrenalin rich pursuits. Layer this with obvious geographic differences, urban/rural dominances, and commercial typologies, a multitude of possibilities are available for visitors. Importantly, the Spanish tourism environment has been set up in a way that is ideally suited to the way in which most experiential travellers like to move around a destination, explore areas, and find their own exclusive authentic travel encounters. 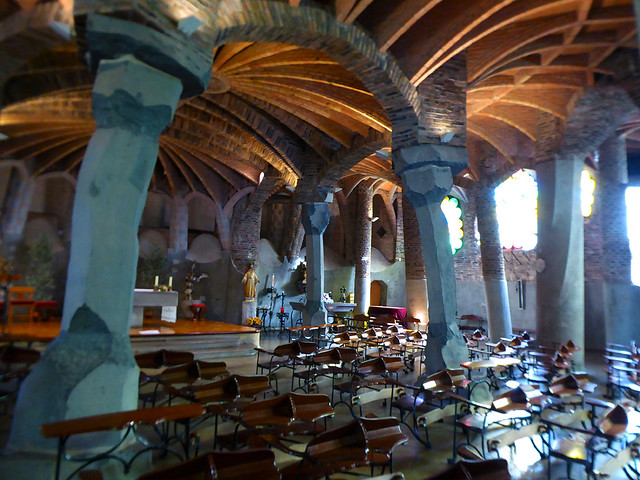 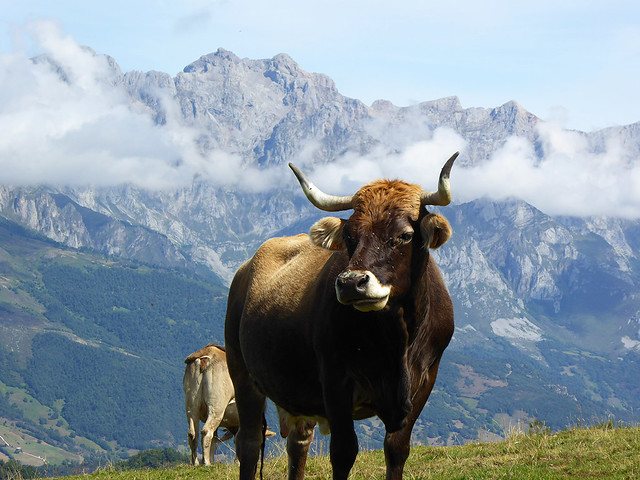 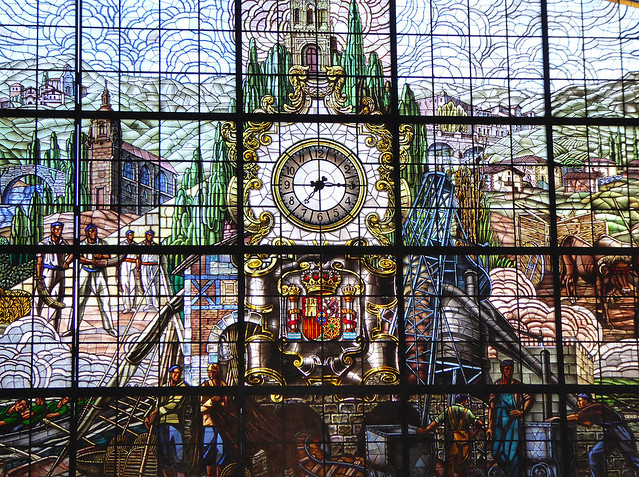 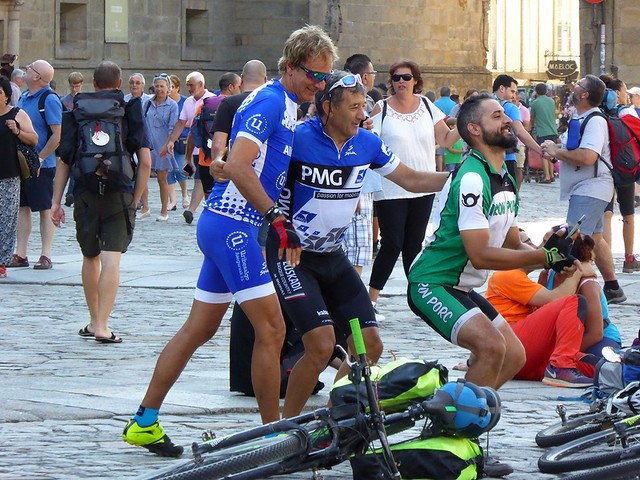 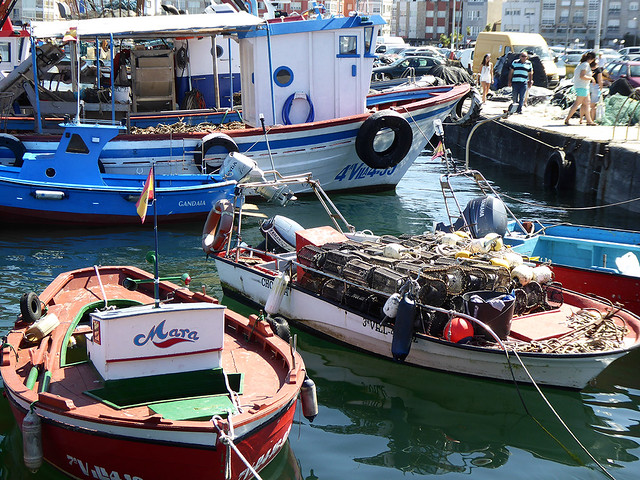 Regionally, there is so much to see and do. Barcelona clearly identifies as one of the iconic cities of the world, while the capital Madrid provides a distinct and differentiated side of Spanish urban life. Much of this has to do with their regional settings, with Barcelona located on the Catalonian coast, while Madrid lies in the heart of the country, Castilla-LaMancha, and each takes on the personality of its people. The former is known for its historic district that surrounds the famous ‘Las Ramblas’ , considerable architectural achievements of which the most widely known is the Sagrada Familia Cathedral, fantastic shopping and exciting entertainment. Its surrounding area is bathed in extensive beaches, stunning and varied landscapes and a proud and assured people that display their Catalan Flag at any opportunity. In contrast Madrid has little in the way of monumental architectural constructions, or iconic cultural or heritage areas, but for all that is an agreeable city that provides much for visitors to see and do, and leaves its own mark. Perhaps the most memorable is the ‘Museo del Prado’ containing works by many of the Spanish masters, but there are also many royal palaces, and civic buildings typical of a seat of power. The surrounding areas shows a variety of rural topography that is filled with 500 Castles that attest to the historical conflict that has marked much of Spanish history.

The problem with Spain is that tourists try to pack in ‘Spain’ within a few days, and sum up the country in that brief time. A much better approach is to journey through regional areas, and take the country in over a number of visits. Perhaps one of the most well known regions is Andalucia, and the now infamous ‘Costa del Sol’ , but which also contains Sevilla, which has many attributes, and the two notable areas of Cordoba and Granada, both containing exceptional moorish architecture. Extremadura, a region that is perhaps least visited has a rugged open countryside of grassland and patches of cork-oak trees but has striking towns built from the riches bought back by the ‘conquistadores’ from their plundering of the Americas. However, perhaps the gem of Spain is the northern coast, which is described as cold, wet and bleak, but this is somewhat relative and there is much that is unique and stunning. The Basques with their own ancient heritage, love of fishing, and distinctive cuisine surrounding pintxos, have the stunning areas around Bilbao-Barakaldo and San Sebastian-Donostia. Further along the ‘Costa Verde’ introduces an increasingly Celtic influence that intermingles with traditional Spanish culture. Santiago de Compostela is the end point of the the great European pilgrimage the ‘El Camino de Santiago’ which has multiple beginnings stemming from all over Europe . Despite being a significant tourist destination in itself, perhaps one of the most authentic experiences that can be observed is that of the ‘Peregrinos’ coming into the historical Praza’s surrounding the great Cathedral of St James in Compostela. Here, thousands of pilgrims reach the end point of their journey, some for religious obligation, some to achieve an adventurous goal, but increasingly to allow people to search for meaning and purpose in their lives. 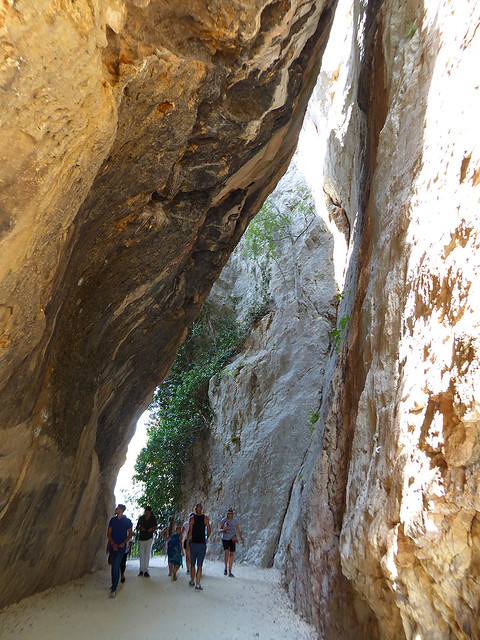 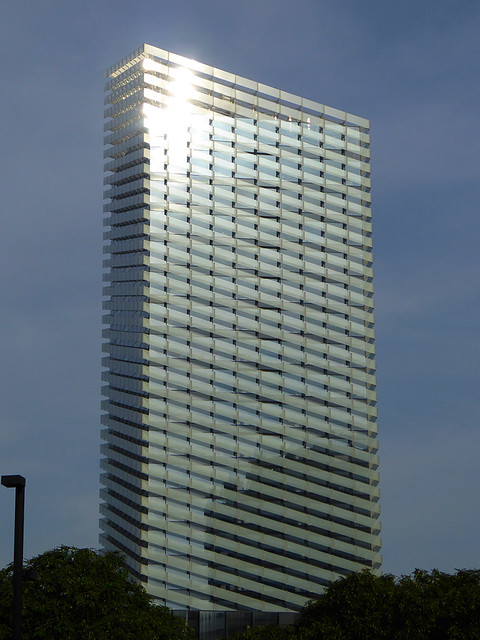 Spain has much to offer tourism, and it has by no means reached a point where travellers should remove it from their consideration. It has vast areas that receive relatively little in the way of visitor traffic, but which offer truely unique and authentic travel experiences to travellers. Further, while iconic tourist destinations such as Barcelona suffer from throngs of crowds, there are still redeeming aspects that still make them extremely worthwhile. For those contemplating a visit to Spain, an astonishing journey can be fashioned by going out of the high season, and contemplating what time should be spent in which places. Above all, travellers seeking authentic travel should tackle Spain by choosing a small number of regions at a time, and enjoy what those regions have to offer, rather than a larger ‘grand’ trip of the whole country. 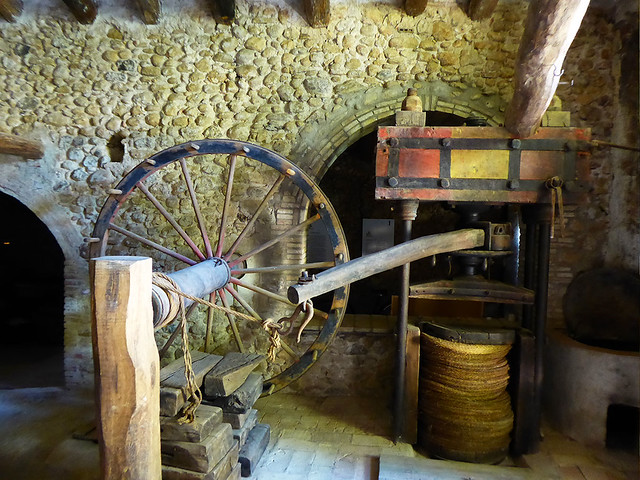 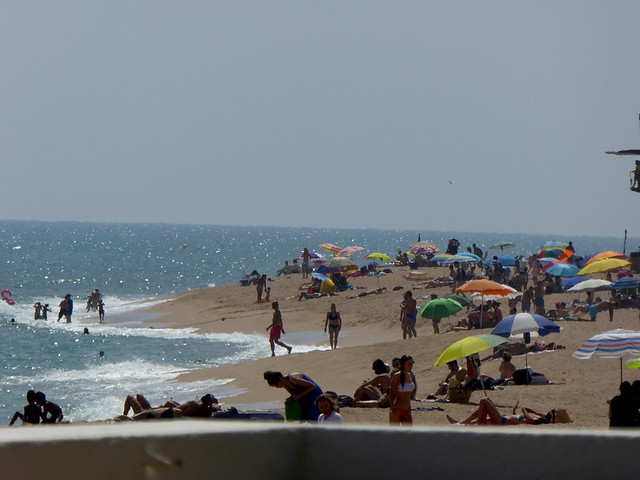