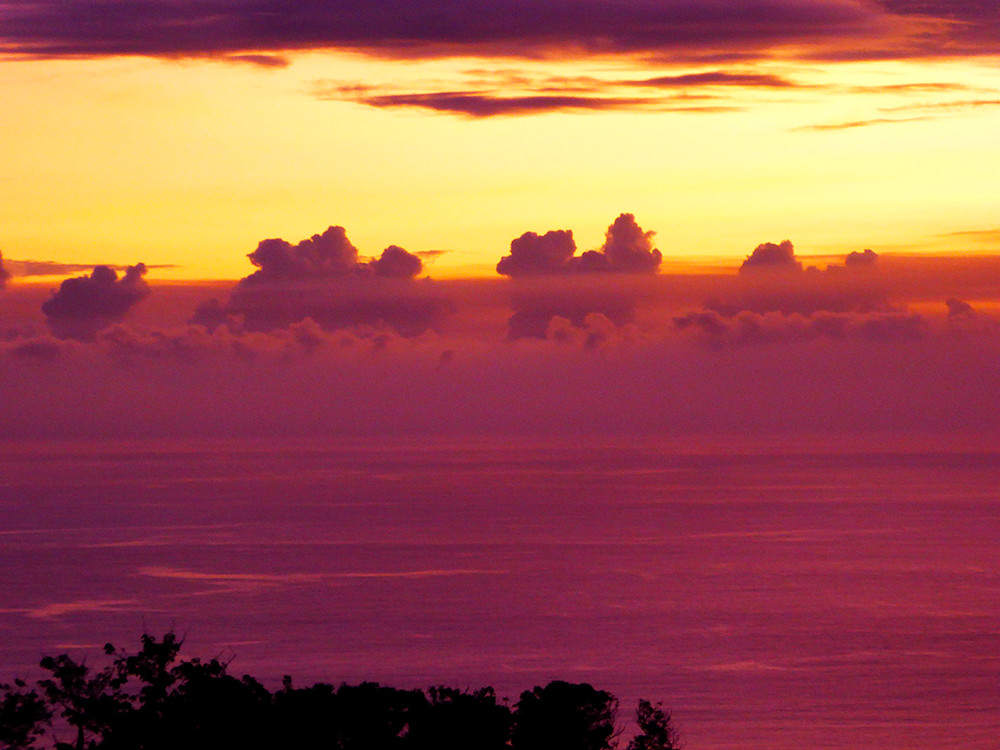 Two years after being on an Pacific Island during Cyclone Winstone : Are we listening yet ?

Time allows us to reflect on events that have been, and those that may occur in the future. This article was originally written while on a remote island in the Pacific during Cyclone Winstone, approximately one year after Cyclone Pam. The island was in the vicinity of the projected route of the Cyclone, and it is at those times that you become very aware of vulnerabilities. At that stage, it was wrecking havoc in Fiji and almost passed directly over Suva. For travellers, the threat surrounds the immediate danger, which passes within a few days. However, for local Pacific peoples, the impacts will last for years. In the previous year, Cyclone Pam was seen as a catastrophe of immeasurable depth, one which we were unlikely to see again for some time. How wrong we were with the occurrence of a series of category five Cyclones since. Now, it appears that this is the new normal.

Are we listening now ? It seems that humanity has inbuilt mechanisms to become desensitized to the full impacts of such natural disasters. We simply remove any consideration of ongoing effects from our consciousness. Now, after so many cyclones in a row, who was affected by Cyclone Pam ?, or Cyclone Winstone ? ..... there are so many.

Cyclone Winstone : This was very personal. 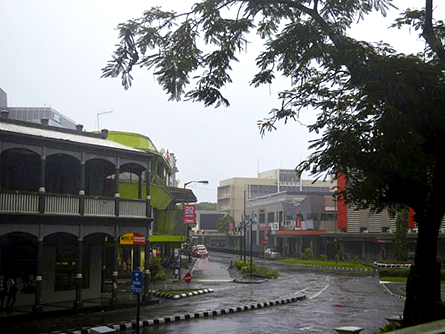 This was written in the hours before Cyclone Winstone was to hit Tanna Island I was staying on after devastating Fiji. My Son Lucas lives in a squatter village in Suva as a part of his PhD research, and provided an hour by hour account as Winstone passed by Suva. What is not known is that Winstone headed straight towards Tanna Island, looking certain to hit (a Cat 4 Cyclone at this stage) almost a year after Cyclone Pam. We were given a code red alert and expected a window of six hours before its arrival. This account is a reflection during this period before Winstone was due to make landfall in Tanna. Thankfully, it diverted in the last hours and Tanna was saved from a double tragedy. However, the message is still pertinent.

The Surreal time just before the Cyclone arrives ! 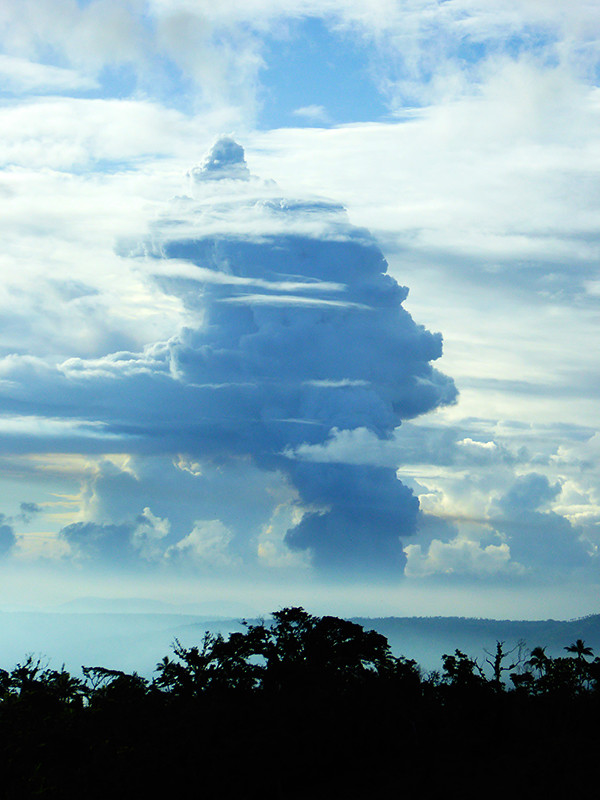 While writing this newsletter, I am sitting looking at one of the most incredible views that must exist today at a ridiculous hour of the morning. However, it is with a mixed sense of great pleasure, and deep foreboding that I write this.

I am situated on an escarpment on the west coast of Tanna Island overlooking the wide expanse of morning sky that unfolds its sunrise over the area of sea below it. I’m sure that there are a number of places in the world where one can see the horizon change from its initial violet hues through to deep orange, while the background sky and ocean awaken from the dark greys into a diverse range of blues. However, what makes this special is the dynamic effect that a live volcano has on the panoramic picture, illuminating the scene with an ever-changing array of cloud formations. It is never the same, and the volume, shape and configuration of cloud cover is a combination of the activity of Mt Yasur, and the weather, which interact to produce plumes that range from pure whites to angry darker shades, depending on how the sun displays itself. The final triumph occurs when the sun raises itself above the clouds in a brilliant yellow-orange fireball, changing to the familiar yellow orb that we are all so used to. It is truly a place that is one in a million.

The sense of foreboding. 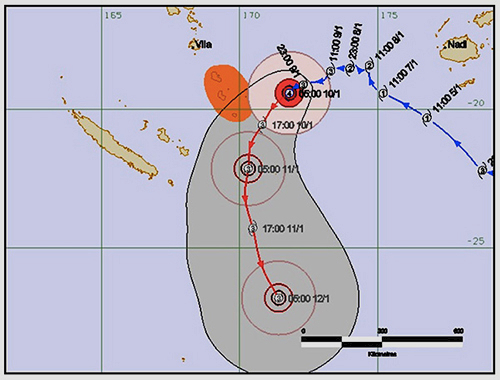 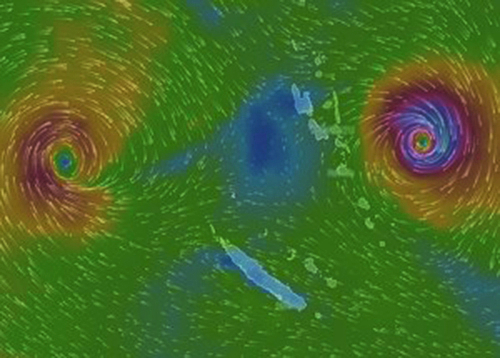 It is almost a year since cyclone Pam devastated much of Vanuatu, a nation that is no stranger to cyclones. Except this one was different, it was a Category 5 cyclone and one of the most powerful wind systems ever recorded by metrological instruments. Most of the old people on the island couldn’t remember a worse event during their lifetime. In the history of the Pacific, category 5 cyclones are unusual and to be greatly feared.

The foreboding comes from the stark reminder that history often repeats itself, and about ten days ago Cyclone Winstone passed the southern islands of Vanuatu as a category 2 cyclone, the oscillating wobble that such phenomenon have, taking it more eastward than Cyclone Pam, and out of harms way. It then curved in a arc that cut a swath through various smaller Pacific Island groups causing similar damage that Tanna experienced a year ago. Incredibly, it has stopped in its track just short of Samoa and Nuie, after causing some damage to Tonga, and has reversed, ramping up firstly to a Category 4 , and now a Category 5 cyclone and is positioned just south and to the west of Suva the capital of Fiji. If it maintains its present course it will come back on a line that is a direct hit on Tanna. Tanna, an island that is still struggling to cope with the aftermath of cyclone Pam, could simply not cope with another event of that magnitude. Both the beautiful landscape and the islands resilient people would be broken.

The image from Windytv shows cyclone Winstone as it passed Vanuatu the first time. What is forgotten is that earlier the cyclone actually came down the eastern side of Vanuatu before moving on to Fiji, and then came back directly towards the southern islands of Vanuatu. Further, at that time another deep depression was also tracking southward to the west.

Do more developed Nations have any idea of the consequences of Cyclone Impacts ? 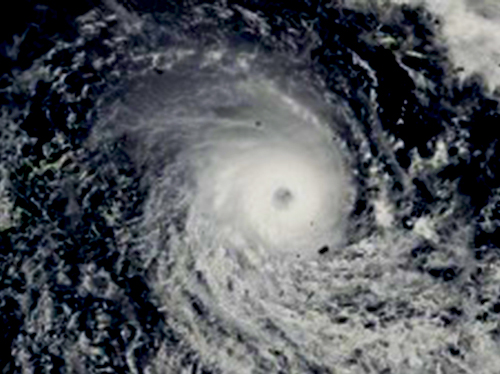 To western urban dwellers, this may be taken as sensationalizing the situation, as there is an expectation that no matter what occurs, you will be able to go down to the local supermarket the next day, or certainly within a week and get replacement food, and to the local hardware to get whatever you need to make whatever repairs are needed to your house. Unfortunately, western society has become so removed from the source of food and materials, that there is no appreciation of reality. For Ni-Vanuatuns, much of their stable food has yet to become available again, and while kumala and green vegetables emerged again three months after initial plantings, available food is still limited. Banana and citrus is just now beginning to come in, while Taro and Yams which constitute the mainstay of Melanesian diet is still a month away. Almost as important is coconut, as it is used in almost all cooking. There is a limited supply of coconut, however much has been destroyed or damaged, the former lost forever, and the later taking four years to become strong enough to produce sufficient quantities. 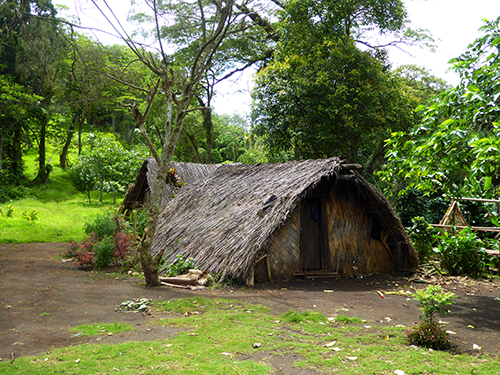 Perhaps even more critical is shelter. Much of the more substantial housing is gone under the impact of Cyclone Pam, and many have salvaged bits and pieces of broken buildings and tried to construct temporary shelter. By their very nature, they are not solid or robust in any form and many are not capable of sustaining any serious wind. Some communities have reverted back to more traditional house configurations, that of “A” frame construction, or alternatively, construction that is low lying and resembles smaller explorer tents in shape.

However, as with food, the reed grass that is used to make thatched roofs will not be back in any substantial supplies for some time and consequently many houses are still covered with the tarpaulins handed out as initial shelter in the aftermath of Cyclone Pam. A major step forward has been achieved with three portable sawmills being brought in to mill the significant number of trees that fell, so that their timber could be put to good use. This is a recent instigation, and will require time to provide widespread benefits.

The sense of foreboding is three-fold. 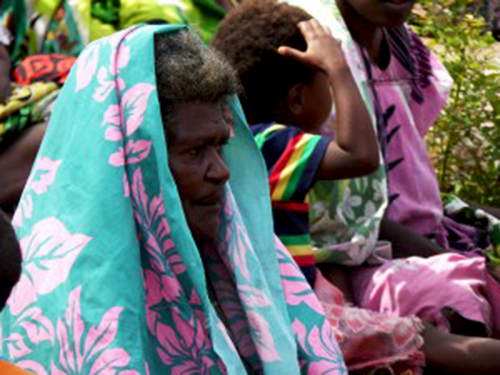 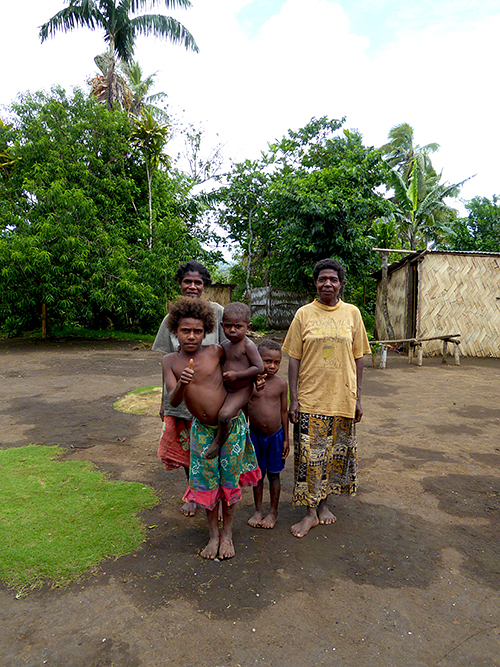