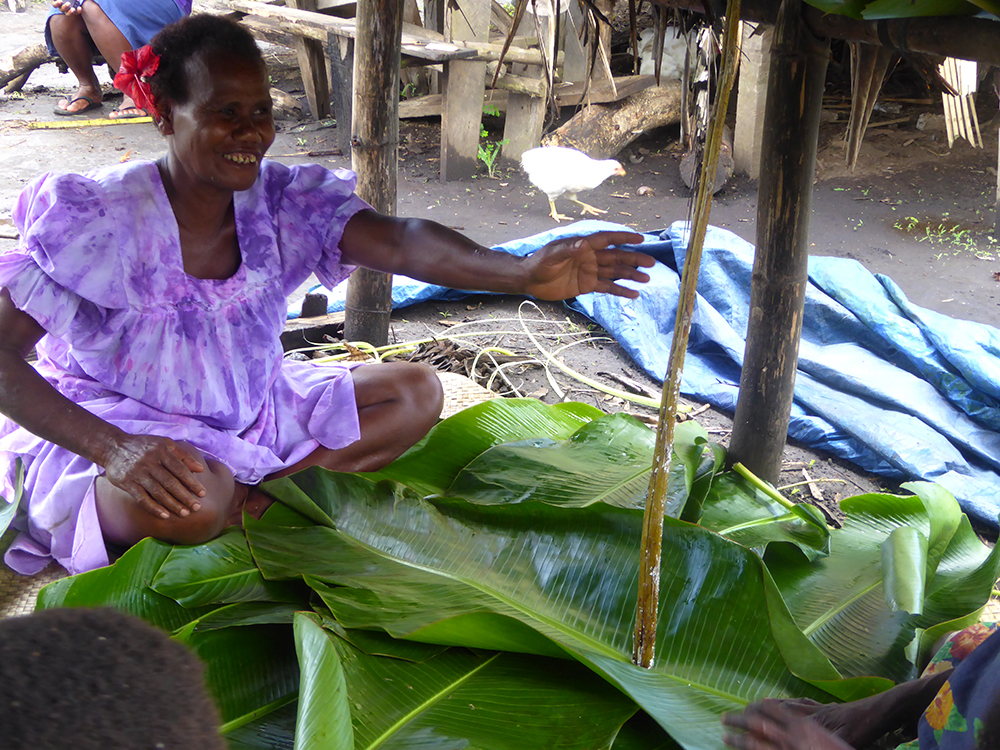 Lap-Lap is the mainstay of Tannese afternoon meals and can take many forms, most widely known as the taro cake like bake that is surrounded by bush greens. However, it has more to do with the method of cooking than the multitude of meals that can be produced.

Typically round lap-Lap is commonly used whereby food is wrapped up in the large green leaves similar to that of bananas. Layers of food, including meat, stables such as taro, and bush greens, are laid down separately, with banana leaves in between. A weak solution of coconut milk is drizzled over each before it is all wrapped up in banana leaves, and placed over a shallow pit fire of hot coals and stones to cook for about an hour.

Deeper cooking firepits, while less common are still used and are known as Punia, often used to cook large chunks of tapioca. 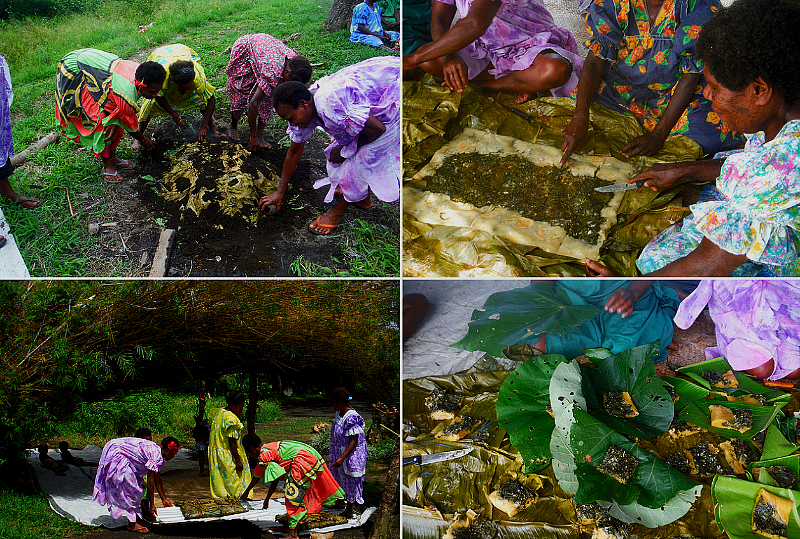 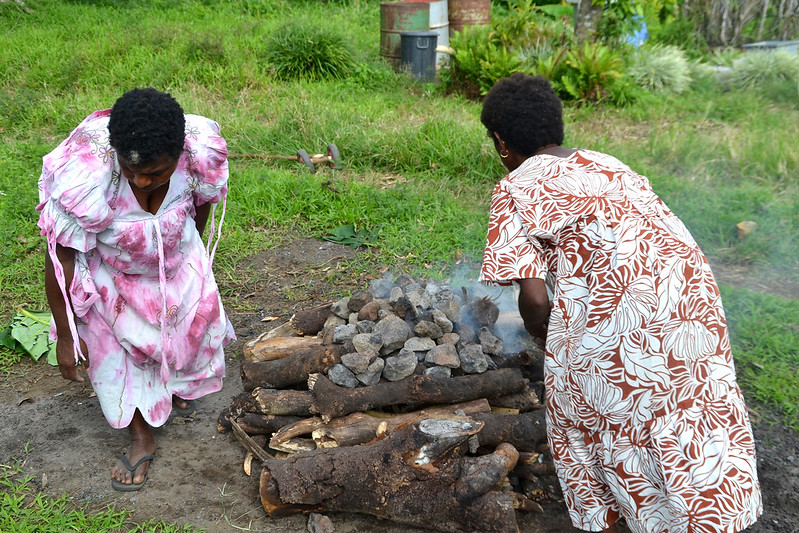 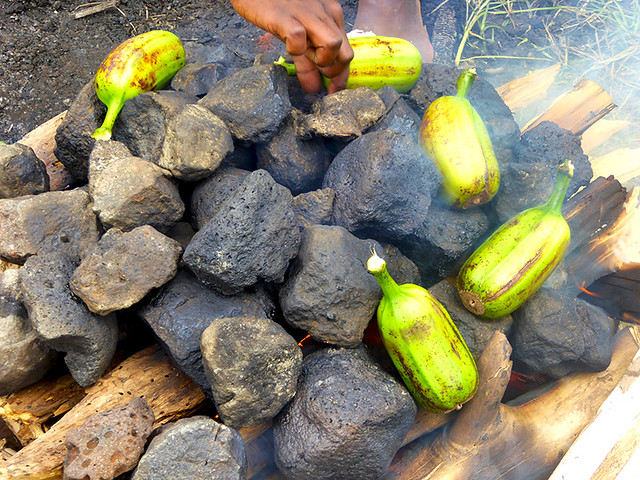 The fire is prepared beforehand, and stones placed over the fire to heat until the fire has reduced to hot coals. The majority of stones are raked out, and the wrapped Lap-Lap placed in the coals, with hot stones placed on top. Depending on the amount of Lap-Lap to be cooked, further layers of each may be added, then finally covered completely with banana leaves and crowned with soil covering the whole mass of food to provide insulation. The whole process takes about an hour to prepare and an hour to cook.

While the stones are heating, cooking bananas are sometimes placed and eaten as a snack during the meal preparation. 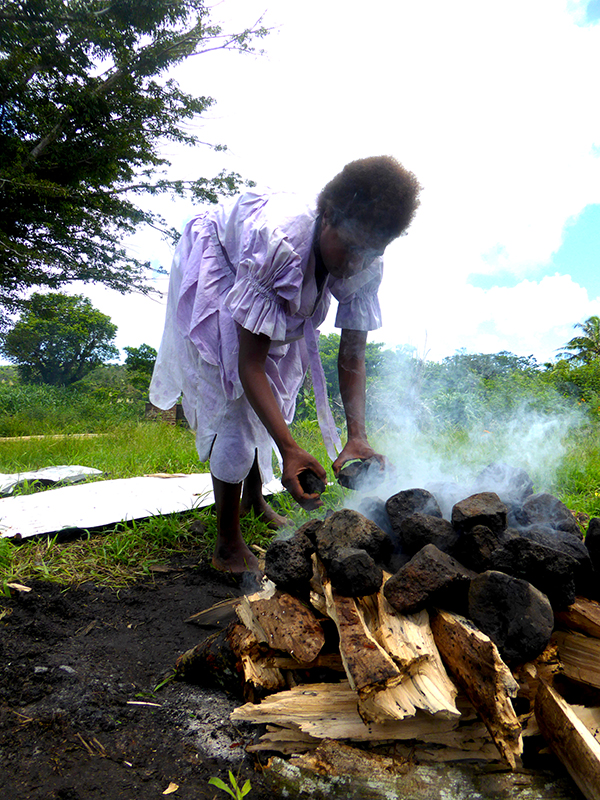 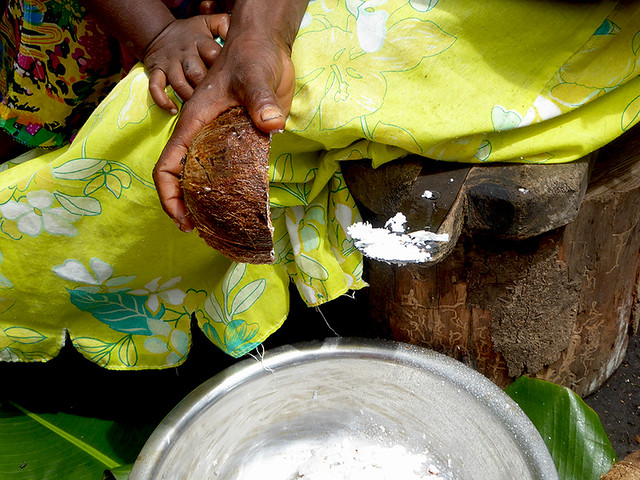 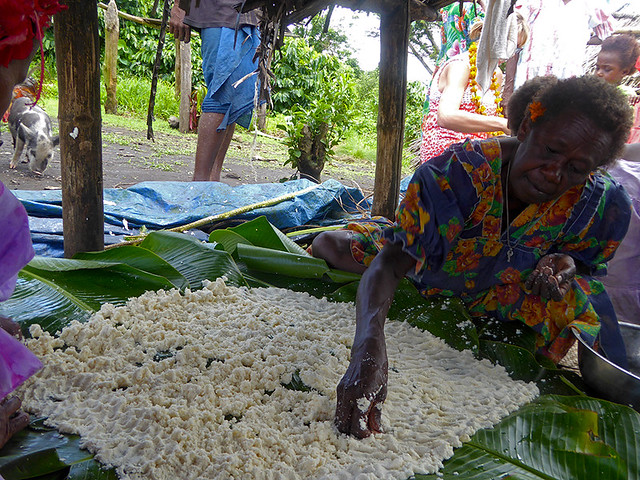 The Secret to a Great Lap-Lap is the right Banana Leaves and Coconut Milk.

Banana leaves are critical to preparing Lap-Lap, and it is important that the selection of suitable leaves is undertaken. While Banana leaves are strong they are fibrous and easy to tear along the fibrous seams running at right angles to the main stem of the leaves. It is important that young un-torn leaves are chosen, and when subjected to heat, they become floppy and more rubbery in nature, which also eliminates tearing issues. Further, when leaves have even a weak mixture of coconut milk applied between them in the heat, a bond between the leaves is effected, and in this way, a heavy duty blanket is formed around the Lap-Lap. The blanket seals in the moisture and provides the mechanism for the food to be steamed inside by the heat of the hot stones. When the Lap-Lap is raised up out of the fire pit, this blanket is simply unfolded from the top, akin to a table cloth on the ground, and the top leaves which are not stuck together with coconut milk taken and used as plates by those sitting around the unfolded Lap-Lap. 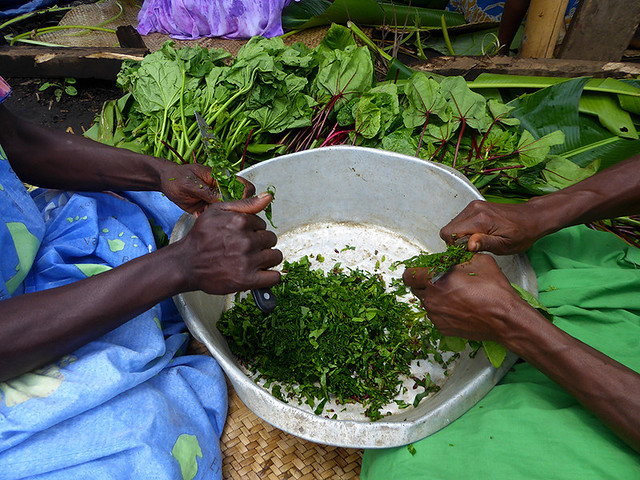 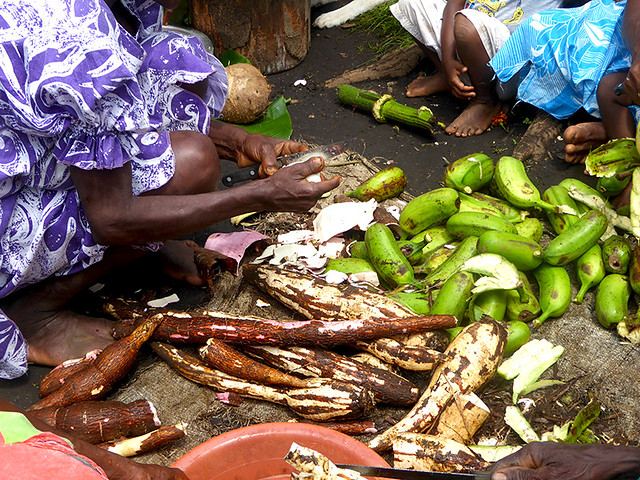 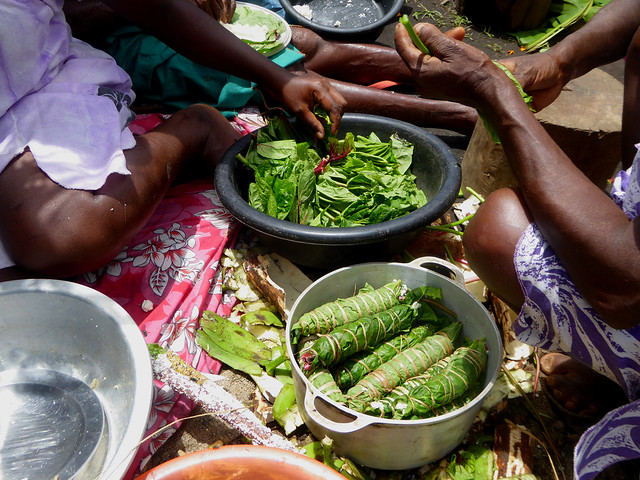 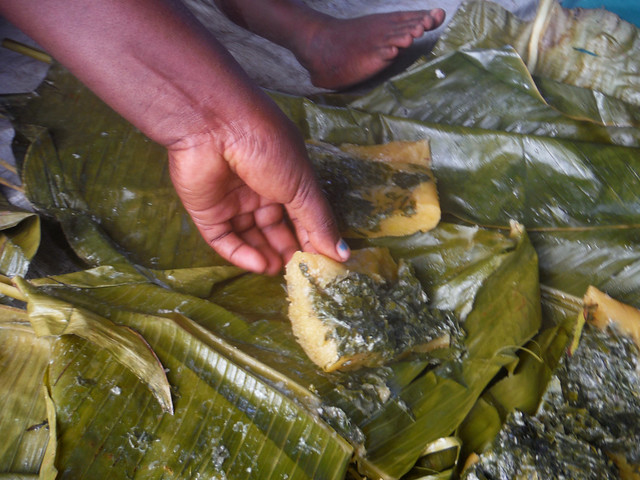 How Lap-Lap is traditionally Eaten.

For a small round Lap-Lap the family would sit in a circle and the Lap-Lap placed in the middle, separated into its individual parts in the unfolded banana leaves, and the family would select and serve themselves their portions of meat, taro, and greens. Generally, a single Lap-Lap could be made for a group as small as three people, but are practically used for a minimum of six to seven people. In communal eating, economies are obtained by villages having one large Lap-Lap fire pit, that each family cluster would place their own individual parcel within, and once the cooking pit is broken open subsequent to cooking, would retrieve and consume separately. On ceremonial occasions the whole village would prepare food together and once the pit was broken open, the various parcels opened collectively as a village feast, and consumed together. 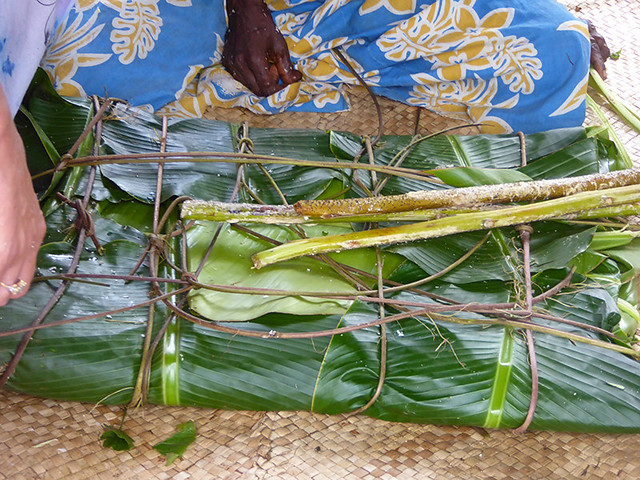 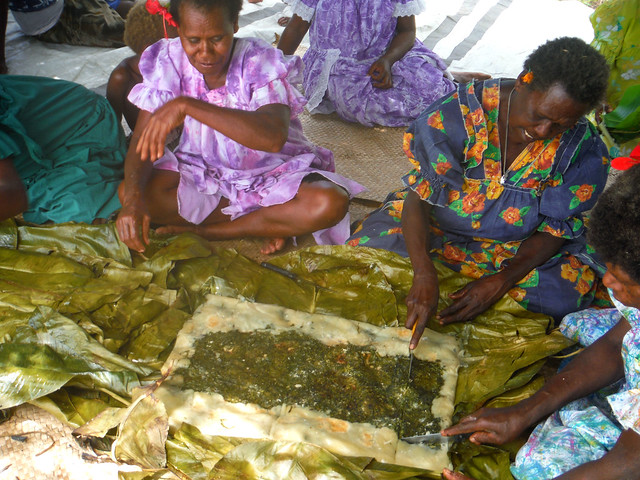