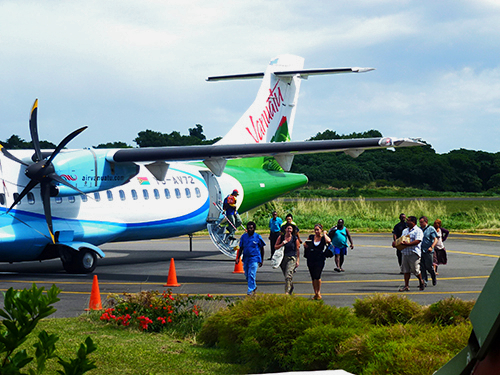 Flights to Vanuatu in General 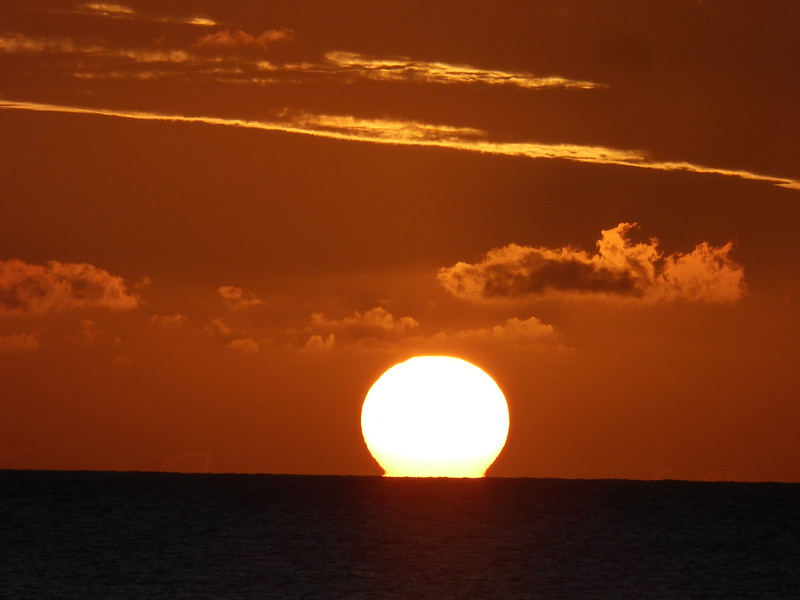 Australians and New Zealanders are the lucky ones, as flight times are generally about three hours. It seems somewhat surreal that in the morning you could be sitting shivering over a heater due to the whims of a changeable temperate climate to being in a tropical paradise by lunchtime. This compares favourably to those that have batches and holiday homes in their own country - but are really only available to them in the warmer summer months. the short flying times means that a long weekend is very much an option for that 'getaway' and recharge. 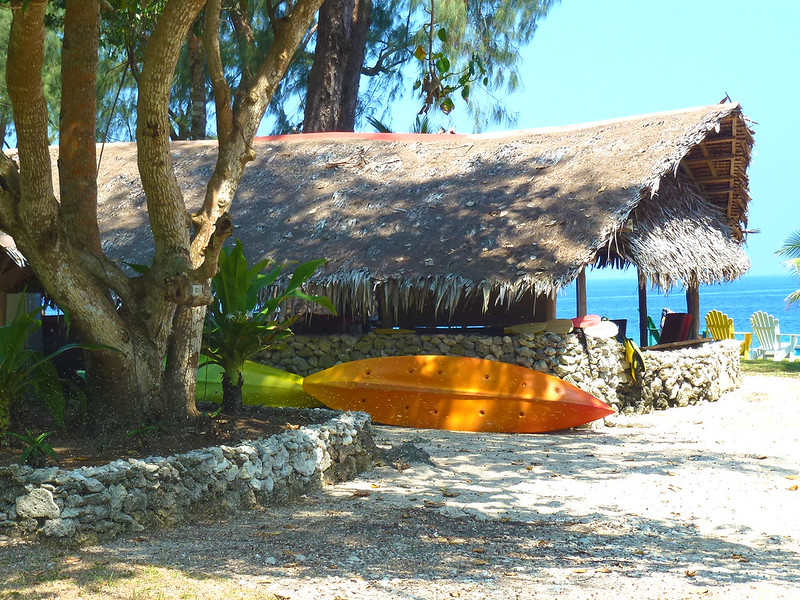 To many, it seems that Vanuatu is one of those places that is difficult to get to, but a little bit of investigation proves otherwise. Most visitors to Vanuatu come from either Australia or New Zealand and a substantial number of flights are dedicated to these to countries. Increasing however, travellers from both North America and Asia are finding that Vanuatu is a great country to visits. Having flights coming in from Australia, New Zealand and Fiji, makes it relatively easy for anyone from other countries to get to Vanuatu, with only one stopover from their main port of departure.

Airlines which have routes to Vanuatu include, Air Vanuatu, Virgin Australia, Air Pacific, and Aircalin. As a generalization, the national airline has the most number of flights and a significant portion of these are to Australia, supplemented by flights by other carriers from their own countries to a much lesser extent. With the exception with two flights a week from Brisbane to Santo, all flights are to the Capital Port Vila. Where flight schedules are detailed below, these were correct at the time of writing this post, but are subject to change, and anyone thinking planning their trip should consult the airlines directly. 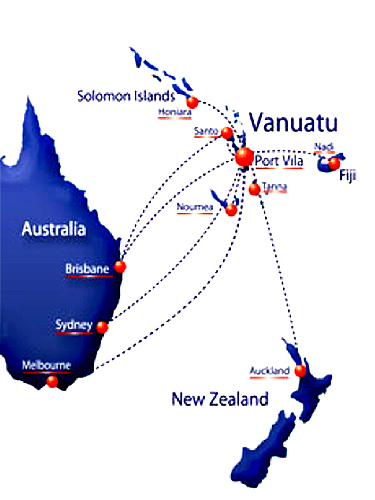 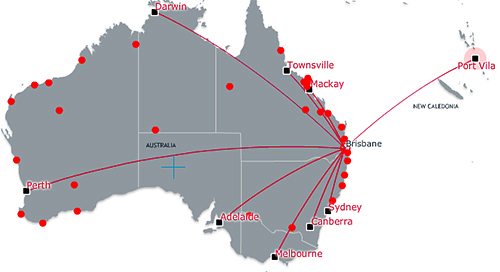 Virgin Australia, has three flights a week from Brisbane to Port Vila, with interconnecting flights from other centers. Flights from Brisbane leave at 10.15pm on Wednesday, Saturday, and Monday. Virgin does not appear to have flights presently going directly to Santo at the moment. 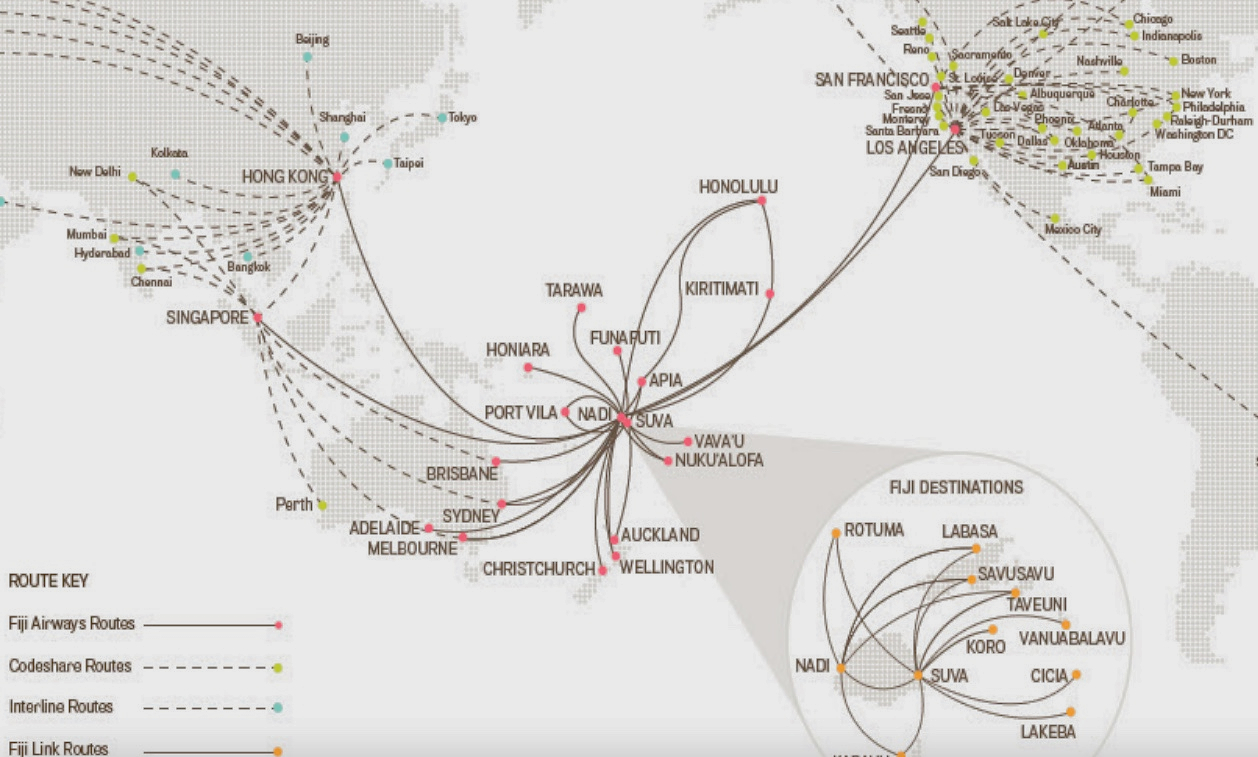 Fiji Airways has significantly increased their flights from both Nadi and Suva over the past few years, which presently have four flights a week on Sundays, Mondays, Wednesdays, Fridays, and Saturdays. Fiji is a critical carrier for Vanuatu because they also act as a gateway to Asia and Europe through Hong Kong and Singapore, and North America through Los Angeles and San Francisco. This has increased the number of North Americans, Asian and to a lesser extent European visitors to Vanuatu. Air Fiji looks set to increase its passenger numbers to Port Vila in the future.

All flights leave from Auckland with Air Vanuatu having two flights leaving about midday on Wednesday and Saturday, witj an extra flight put on on Thursdays during peak periods.

Air New Zealand purportedly pulled out due to concerns with the state of the runway at Port Vila's Bauerfield International Airport, but has never returned subsequent to repairs being completed to the satisfaction of all other airlines. Air New Zealand quotes ongoing concerns with the runway despite being the only airline to take this stance (also with no issues with the runway occuring over the past 2 years). It is speculated that commercial reasons were central to the pullout, and it was quite distasteful that the airline indicated that it was prepared to take charter flights (most likely high occupancy fruit pickers). It does not appear to be a good look for the airline, which otherwise has a great reputation.

All flights from North America require a stopover. If schedules can be arranged, the shortest distance and possibly the shortest total travel time would be through Fiji as Nadi is the closest hub to Port Vila. Flights can be through either via Los Angeles (possibly the worst airport in the world), or San Francisco.

Greater flexibility is gained by routing through Auckland which allows Los Angeles, San Francisco, Vancouver, and a number of other starting points. This will take longer, but maybe offset by having a greater number of connection possibilities. Unfortunately, with Air new Zealand pulling out of the Auckland-Port Vila run, this is now less attractive than through Fiji.

While Australia may have even greater connection possibilities, than New Zealand, flight times will likely not make this an attractive proposition. 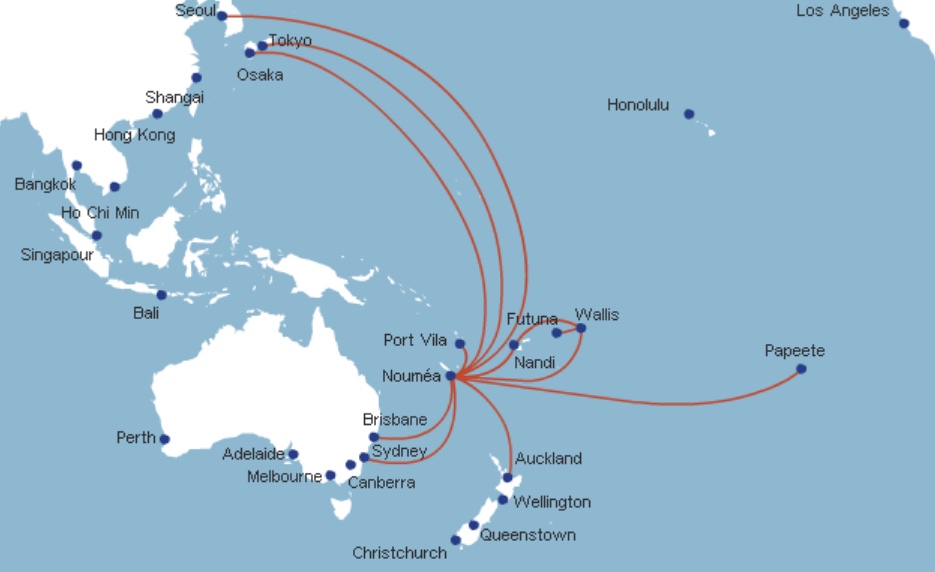 There is an increasing number of visitors coming both from New Caledonia and through New Caledonia and they have four flights a week on Sunday, Monday, Thursday and Friday. New Caledonia is a traditional destination for French nationals, and often they take a side trip to Vanuatu, particularly to see Mt Yasur Volcano on Tanna Island.

New Caledonia is also a hub for Asia as it now has dire flights to Seoul, Tokyo, Osaka, and Papeete.

Air Nuigini has recently joined the number of airlines serving the Port Vila route, although this takes place through Honiara in the Solomon Islands. It is likely however that, with increasing traffic, a direct Port Vila to Port Moresby route will open up. The Air Nuigini route also services additional ports of Manila, Jakarta and Bali.

The most direct and flexible flights from Europe connect through Australia, although a number of French visitors connect through New Caledonia, enabling them to visit both countries.

Perhaps the biggest increase in flights in recent years has been to Asia, with flights now available with one stop to :

In the end Cost is Everything !

For most travellers, 'cattle class' is the main option for flights. Money saved on a flight means greater comfort on arrival, and so looking at flight timetables and connection times has become one of the tasks of discerning travellers. As always there is usually a compromise between cost and inconvenience, and that super cheap deal may mean sitting in a plane, or airport bench seat for longer.