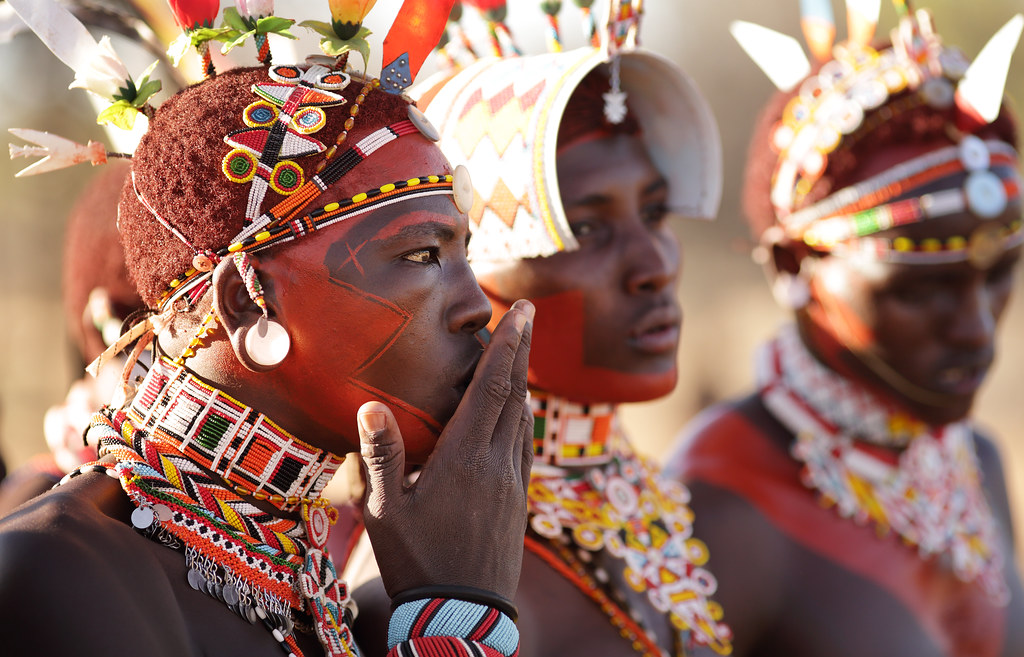 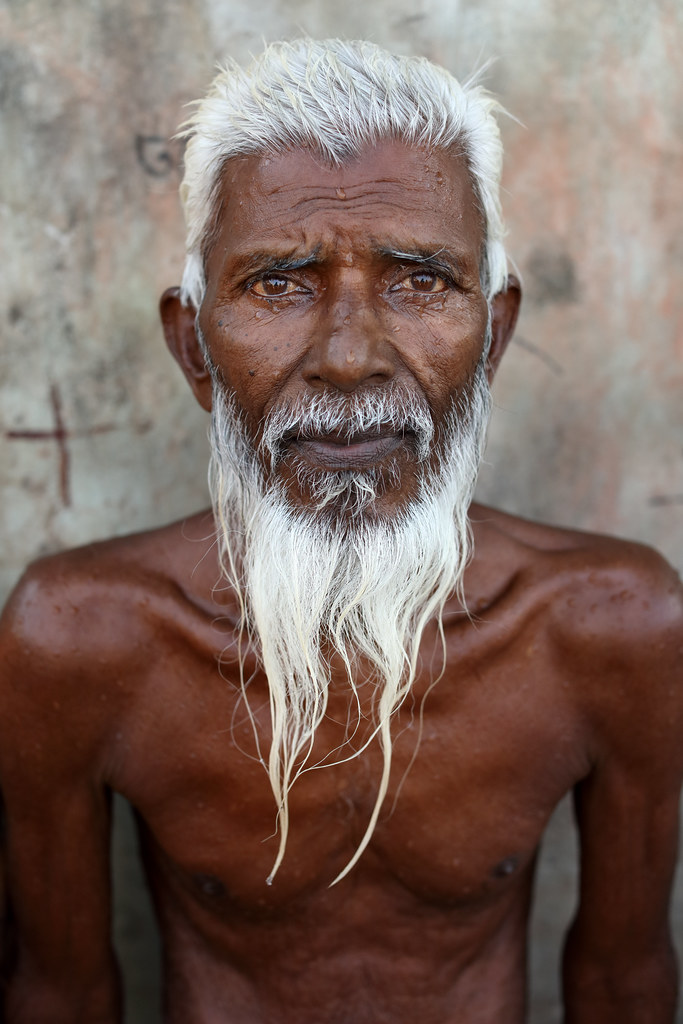 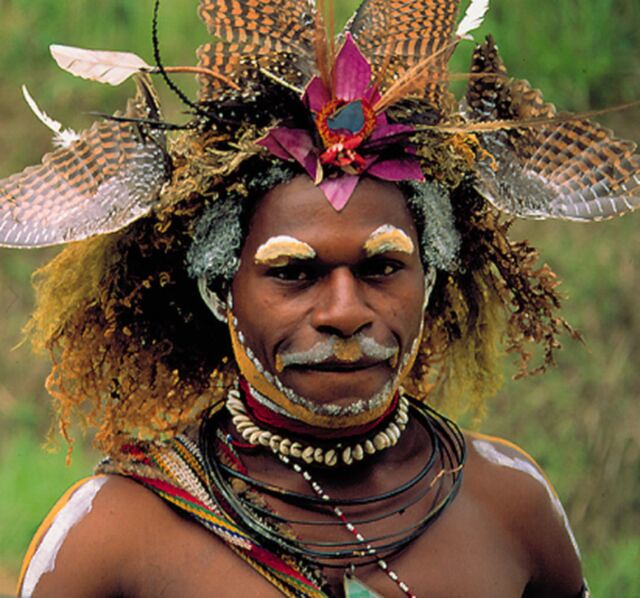 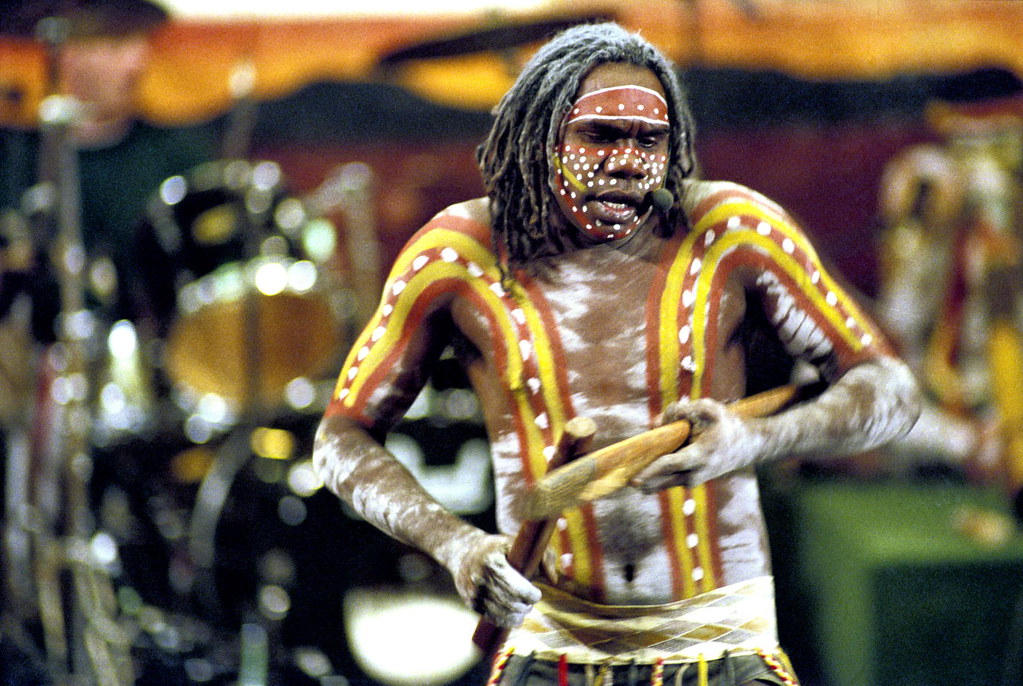 Stavenhagen provides a background to the plight of, and a context to ongoing discussion concerning indigenous peoples. A starting point to any examination of a situation is to develop a framework of definitions on which to build a logical methodology, to approach associated problems and issues hopefully leading to a direction of reconciliation, resolution and fulfillment. However, from the outset Stavenhagen notes that the very subjects at issue defy an accepted international definition, which is further blurred by the term “indigenous” being used interchangeably with other terms such as “aboriginal” and “native”. Moreover, any attempt at commonality is flawed by the differing nature of each culture under consideration, and the historical interaction with the peoples and dominating societies that impacted them.

Confusion also occurs where scholars disagree on the categorization of various tribal groupings, and in a number of cases (particularly Africa) political motivations cloud interpretations due to a fear of resurgent tribalism, combined with the fact that most Africans affirm their own belief that they are indigenous to Africa.

Despite insuring difficulties, the UN working Group on indigenous Populations has postulated four guiding principles for the classification of a people as being indigenous : 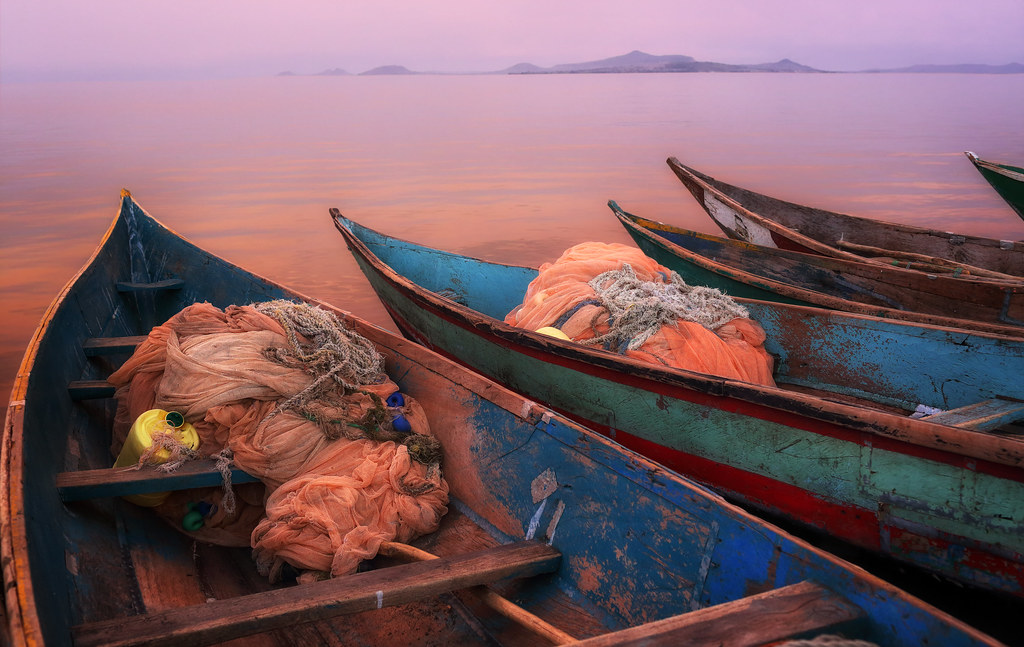 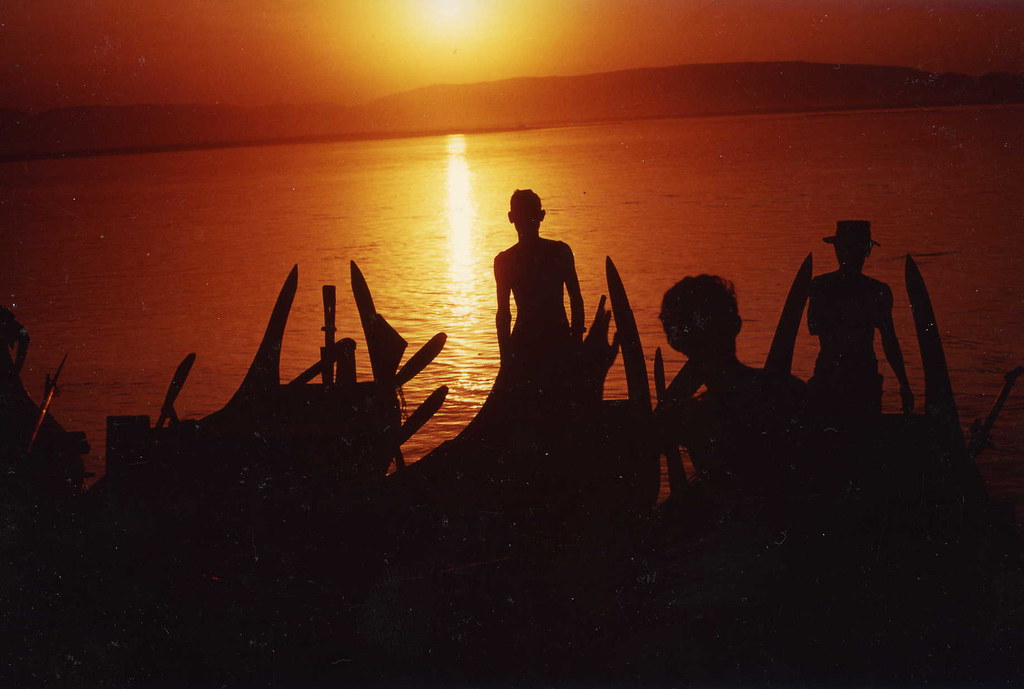 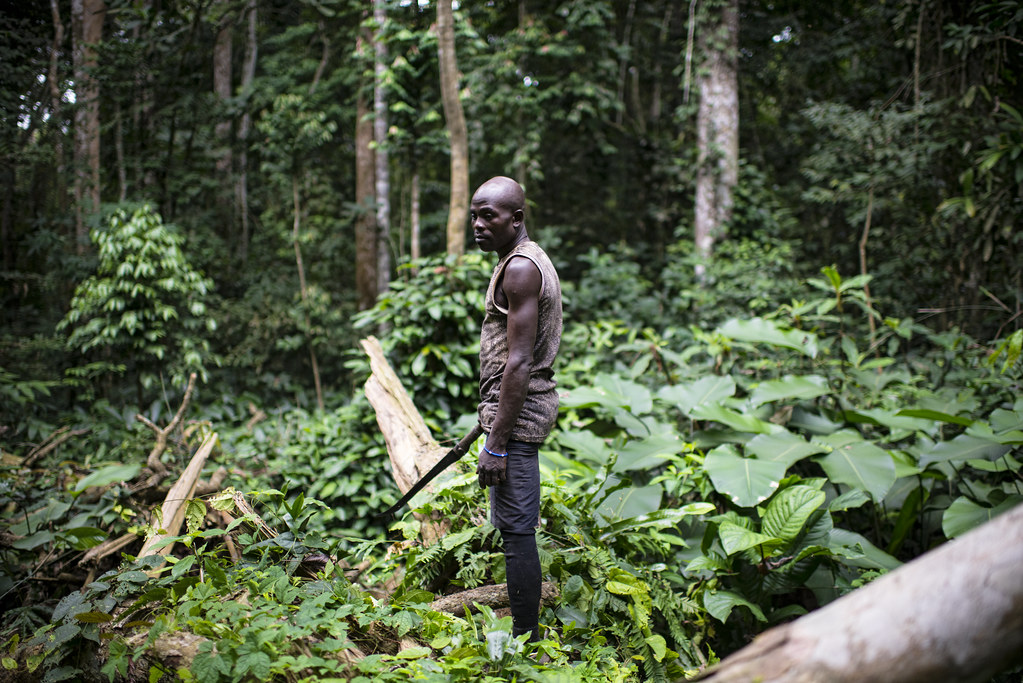 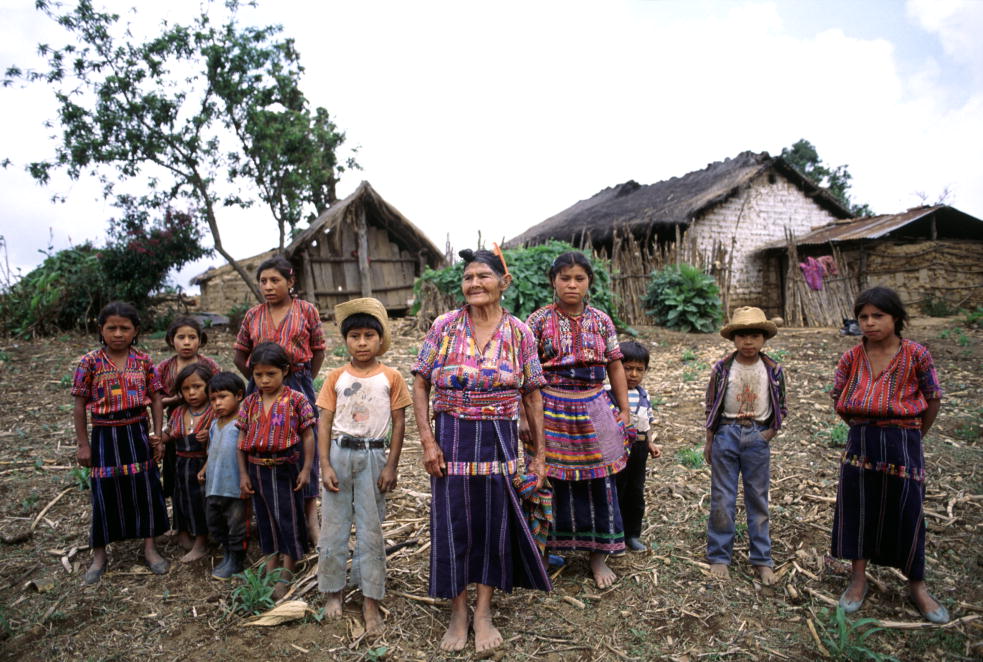 A critical element in respect of the future of most indigenous peoples, surrounds their relationship to the land. Most indigenous people have a close connection to the land as a part of their way of life, and a considerable part of issues regarding their very existence surrounds access, ownership, development and use of lands, which have been associated with from a time prior to interaction with newer groups of mankind. Most indigenous societies derive their livelihood from the land, and the issue of land rights is central to many conflicts and is deeply political. Important aspects include :

The Effect of Development on Indigenous Populations. 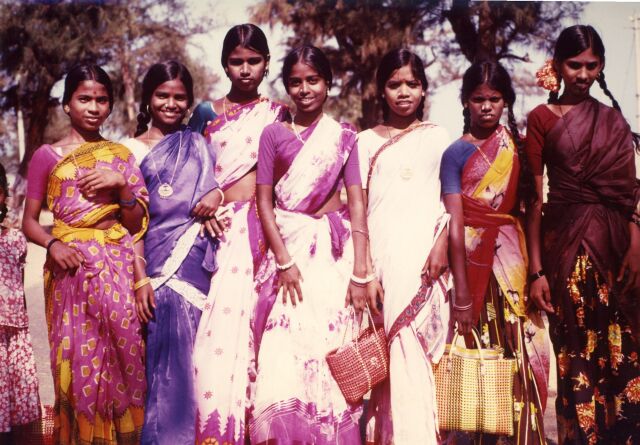 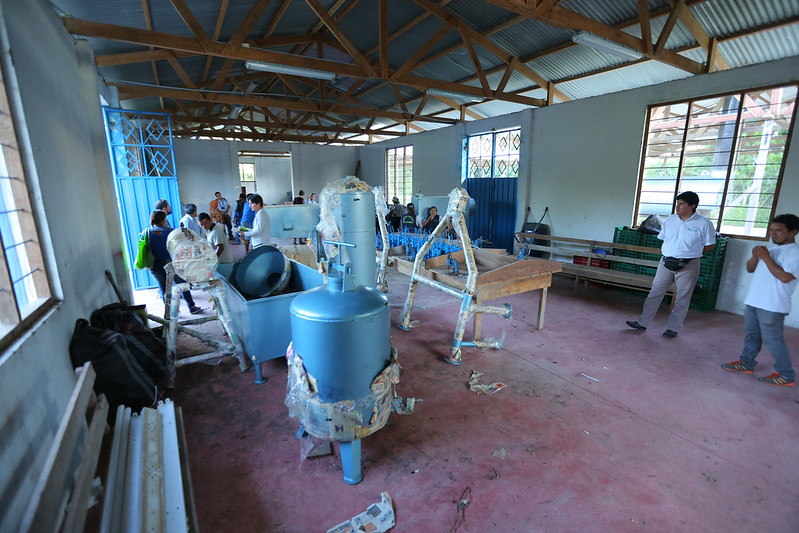 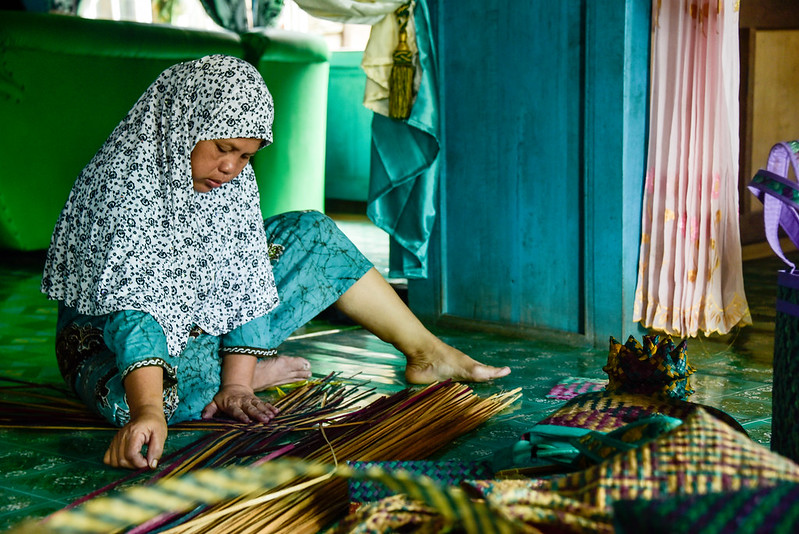 Indigenous populations in general, live in rural locations, and where they have been able to preserve their culture and normal way of living, it is largely due to their remoteness. However, with time, development is increasingly being directed towards these relatively unexplored regions to extract opportunities. Multi-national companies, governmental developments, infrastructural constructions, and general population pressures are impinging on traditional indigenous lands. Projects are increasing in their size and scale, and inevitably affect local populations. Stavenhagen notes that :

“Sometimes the impact will be beneficial, very often it is devastating, but it is never negligible.”

Despite this, few governments take the rights and interests of indigenous people into account when planning or approving such developmental progress. The indigenous populations are marginalized in any consultation, but bear an unbalanced proportion of the costs (both economic and social) in regard to resource intensive and extractive activities, such as mining, oil and gas development, large dams and other infrastructural projects. At the same time they often do not share in the benefits afforded by the same projects.

Where developments are not balanced, and impacts are not catered for, there are serious hazards imposed on indigenous populations, including at best environmental degradation and destruction of ecosystems, and at worst, the cumulative pollution and poisoning from the heavy use of fertilizers and pesticides. Often not considered are the human diseases, such as smallpox and aids, that migrate through indigenous populations when greater contact with outside communities occur.

A particularly difficult situation occurs when the enforcement of environmental conservation law prevents indigenous farmers, hunters, fishermen or gathers from using their “custom” land or resources in traditional ways. This effectively turns them and their way of life into something that is deemed to be illegal, and punishable in the courts. 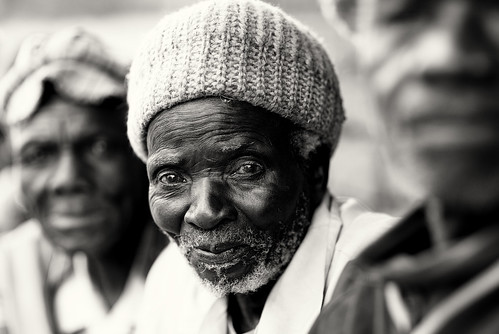 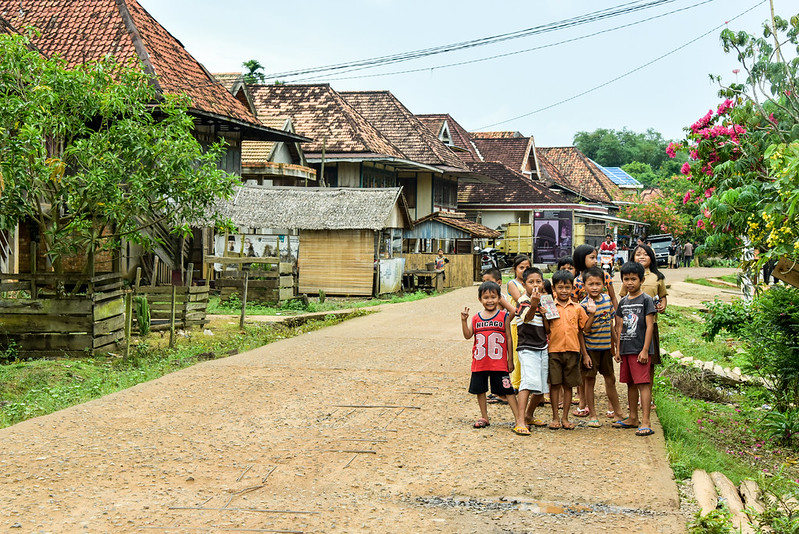 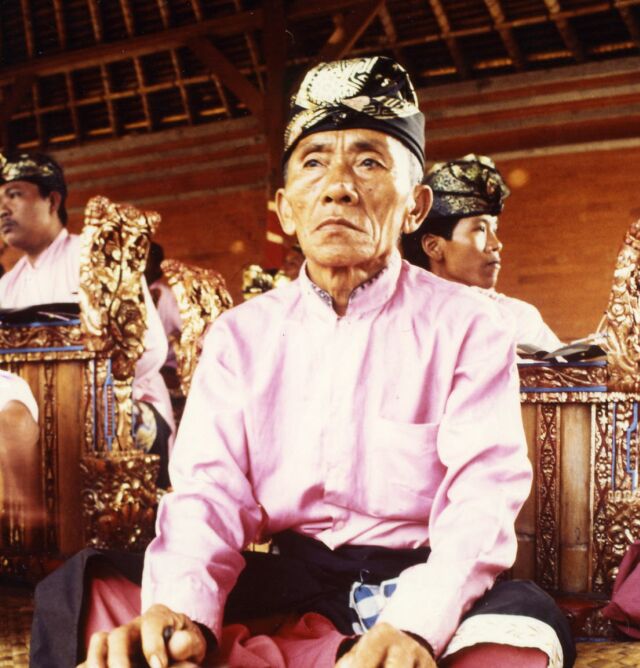 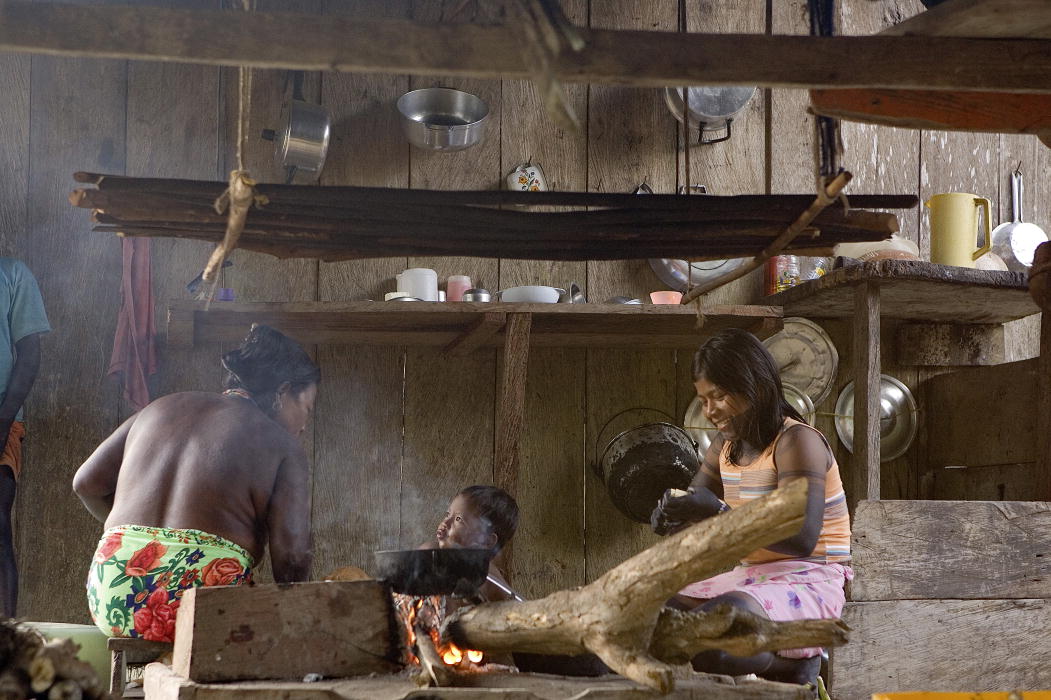 As the plight of such minorities are being more widely publicized, interest has increased, and frameworks have developed to better take into account their rights and needs. The “Tribal Peoples Convention 169” advanced by the International Labour Organization (ILO), is held as a foundation document in moving forward and a number of critical standpoints are included in recognition of rights of Indigenous populations to :

Stavenhagen notes that implementation of legislation in favour of indigenous populations has found to be difficult in practice, and there is sometimes a lack of will to adopt applicable laws. This is further complicated when subsequent legislation (consciously or otherwise) affects other critical aspects, undermining the core premises of the original.

Critically, indigenous people often now raise land rights issues prior to any consent to land use being given, to ensure that they have participation in any decision making process and further, to share in any potential benefits. This has now extended to much greater claims of rights, where at the twentieth session of the Working Group on Indigenous Populations an overwhelming majority of indigenous participant stated that :

“ …… their right to self-determination is a pre-condition for the realization of all other human rights, and must be considered as the bedrock that ensures their self-governance, whereby they can participate in decision-making processes in policies that directly affect them. ….. “

The Concept of “Homeland” 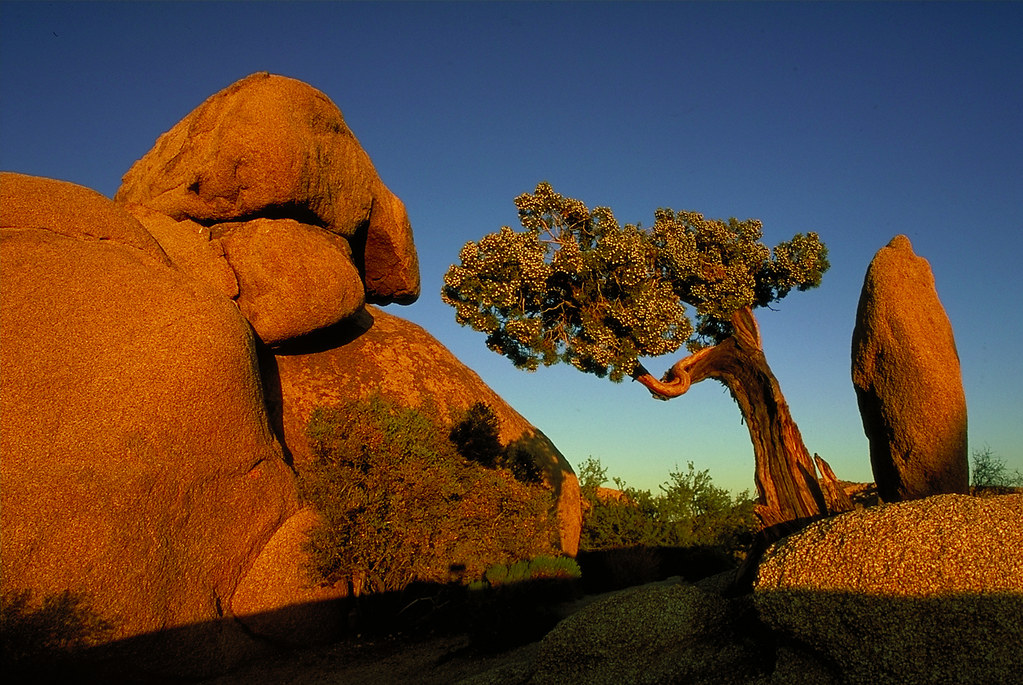 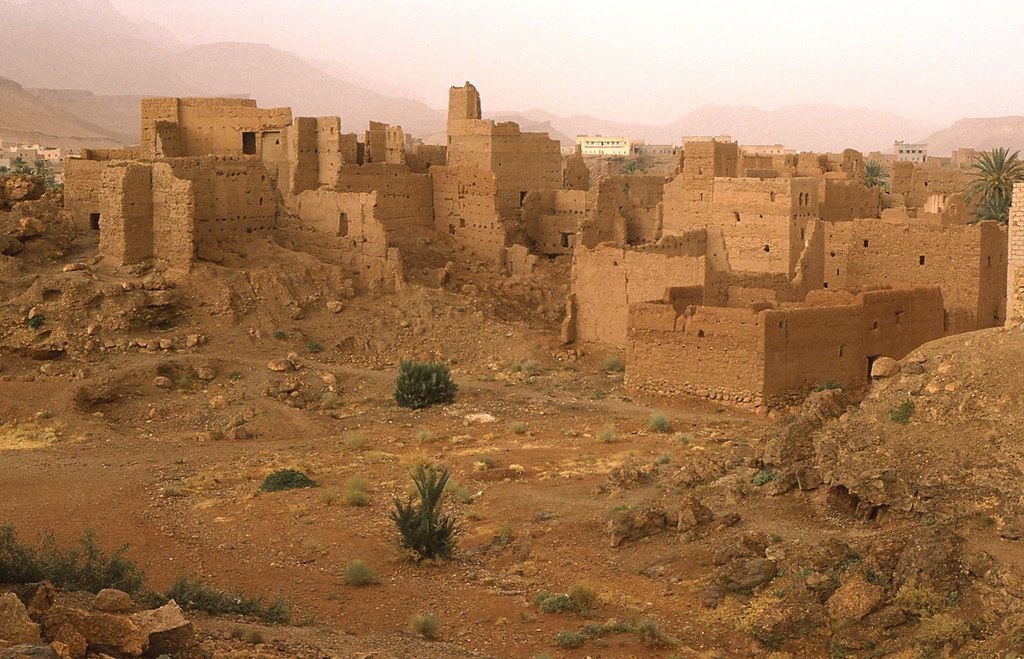 The concept of homeland has a number of dimensions for indigenous peoples:

There is divided opinion in regard to the recognition of indigenous territorial rights, with a body of opinion believing that the full protection of the human rights of indigenous peoples cannot be achieved without it. Others are concerned that the unity and integrity of existing states may be threatened. Experience to date has not indicated this to be the case. 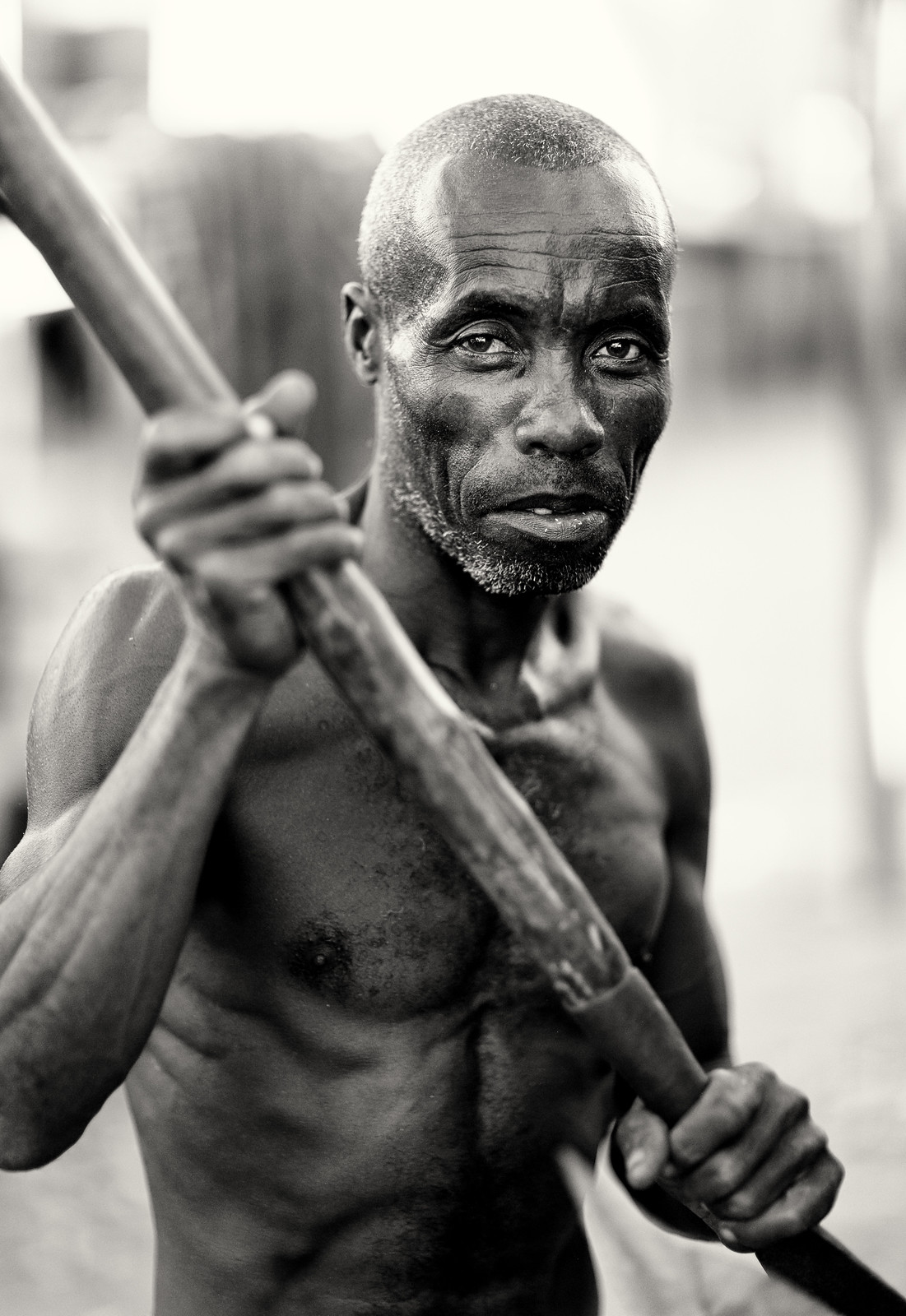 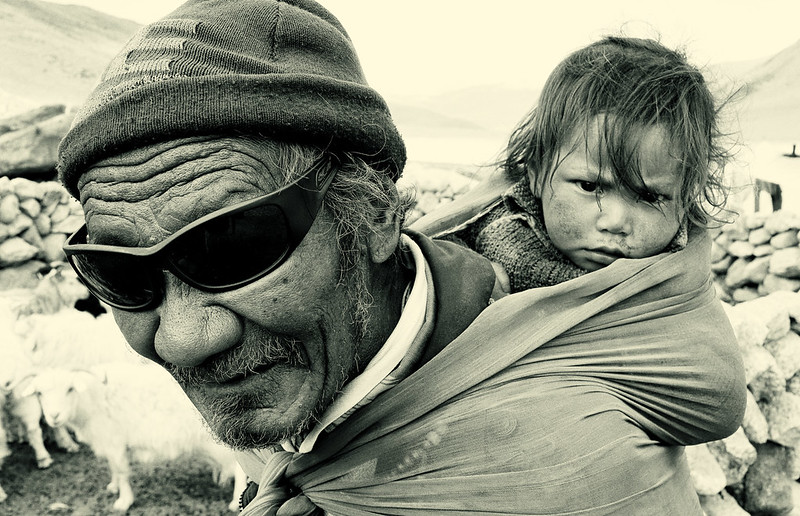 Indigenous peoples are often found to form the lowest stratums in society, and are often at or below recognized poverty lines. Specific indicators include :-

Many countries recognize failings and have enacted polices and measure to alleviate such suffering, but still, in a substantial number of countries, the fate of indigenous people is neglected. Development of Latin America has been particularly uneven.

The downward spiral has not been helped by globalization, where tariffs have been eliminated in international conventions and agreements, while more developed countries continue to persist in providing subsidies to their own farmers. For many developing countries, this removes any platform of future progression as the scale and production methods utilized by major industry effectively precludes smaller less efficient farmers. As a consequence, there is much controversy surrounding the direction and policy of the World Trade Organization. Debate now surrounds the need for economic growth to be equitable across all stratums of society, and that projects should be assessed on a “human rights centered sustainable development basis”. Central to this concept is the measure of how much a project will be effective in making a difference to all the communities in the framework of its sphere of influence. This approach may have important implications for the betterment of the lives of indigenous peoples. 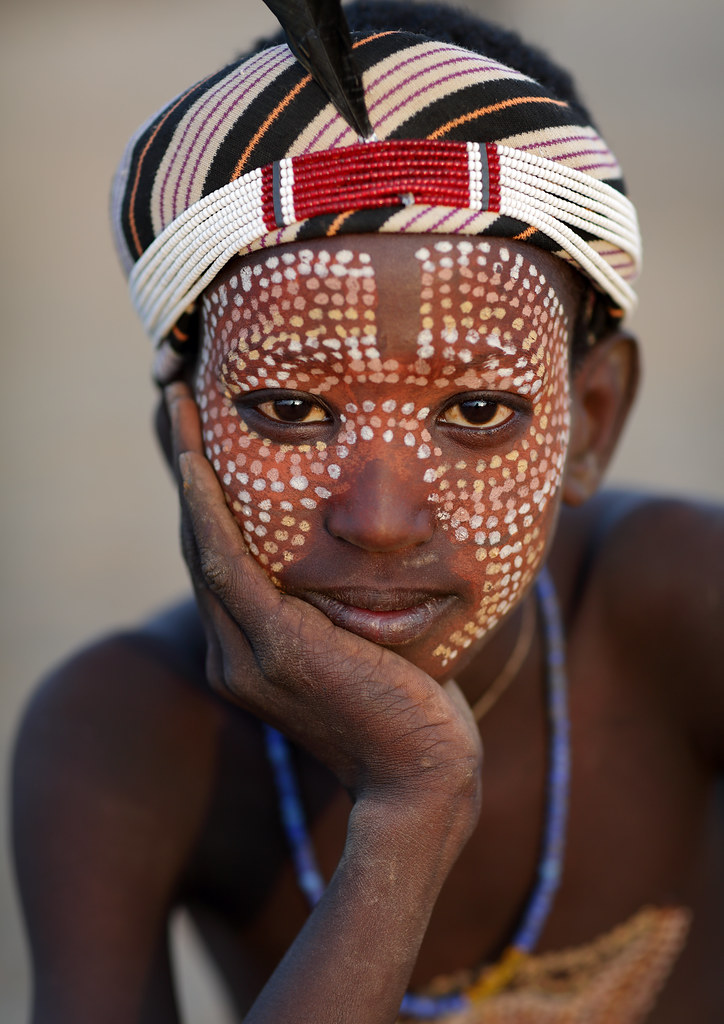 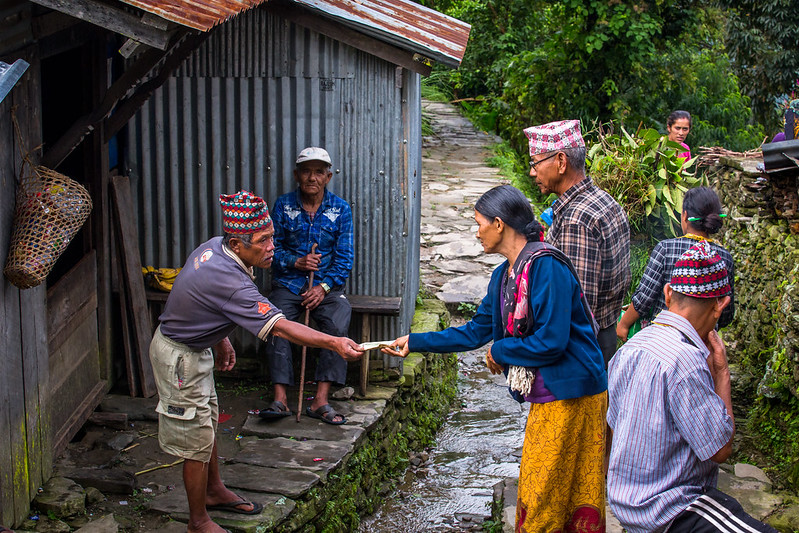 The elderly people in the village of Nalma, Lamjung, Nepal., By CIFOR (flickr) CC BY-NC-SA2.0

The natural inclination of Indigenous peoples is to perpetuate the cultural differentiation that makes them who they are. While there are many aspects to this distinctiveness, an important attribute is the use of their own language, which frames thought processes and ability to communicate. National policies in the past have specifically denied the use of minor languages in the belief that better assimilation into the mainstream population is achieved. Minor languages were not taught in schools, and even if there was no particular prohibition on its use publically, the social and institutional environment made their use futile. As a consequence, it is common to find communities where the older generation use and maintain their cultural language, but youth and children do not.

Today, the right of Indigenous peoples to use their native tongue collectively and publically is promulgated as a basic human right. As a consequence, a number of countries have adopted legislation concerning the protection of languages at various levels. Today, current thinking is that teaching indigenous children both their own language alongside that of the national mainstream language benefits them frame their communication in both worlds. There are however many difficulties to overcome, as many indigenous languages lack an alphabet, do not have a written form, and have no textbooks. Further, the preparation of textbooks generally lags far behind those of mainstream education, schools are not set up to teach such languages, nor have the financial resources to do so. Significantly, often the inclusion of the language in curriculum’s requires a revision of thought and associated traditional ideas held by the dominant society about national culture and identity. 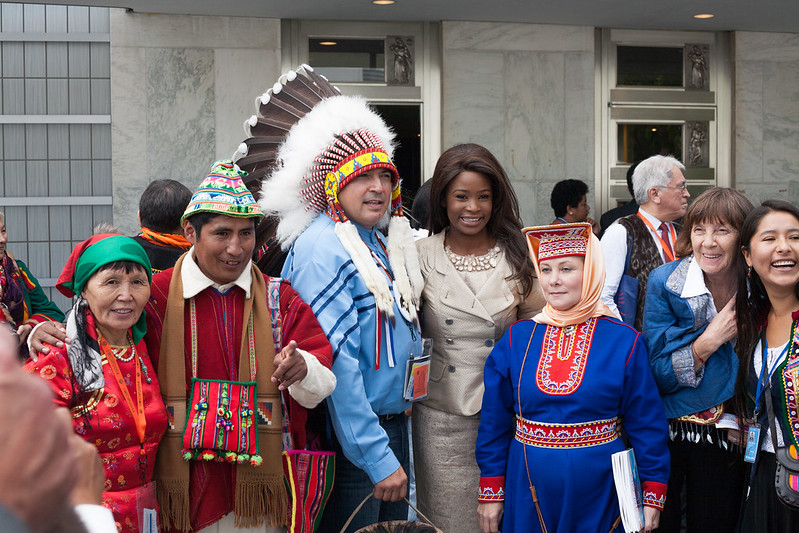 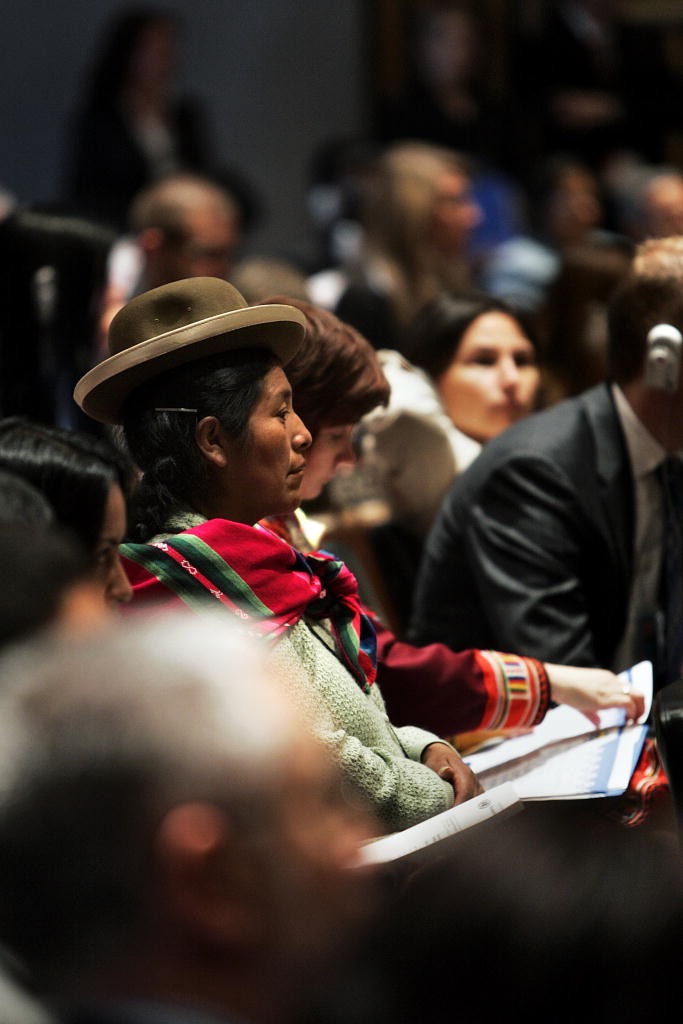 Often, the progression of interaction occurs within communities through social and cultural organizations. In the past mainstream society has often taken the stance that indigenous social institutions are contrary to the national interest. There is debate whether membership of such institutions has lead to abuse of human rights.

Local community organization and respect for the rules surrounding ways of living is often maintained by adherence to customary law, which in many countries is not accorded any legal standing. At times, this brings conflict between the respected hierarchical system within a community and the nations legal system. This is dealt with on a country by country basis, and some countries recognize pluralist policies in this respect while in others, any expression of autonomy is suppressed aggressively.

This being said, Indigenous self-organization has progressed considerably in recent years, and it has been found that while there is much diversity globally, there is much in common. Representation in all forms of governance has slowly moved forward and involvement in local, regional and national levels in occurring in various countries at different degrees of breadth and magnitude.

Self-determination is a topic which has gained increased debate, and indigenous peoples have increasingly demanded the right to have self-determination. Many states equally oppose this, but at this stage there is little definition of what self-determination is, what it involves, and how a consensus may be achieved. It is clear that politically in almost all countries where indigenous peoples occur, that it is a difficult topic and the way forward unclear. Regions, where this is particularly difficult, is within Latin American and African countries where often the definition of “peoples” is commonly excluded.